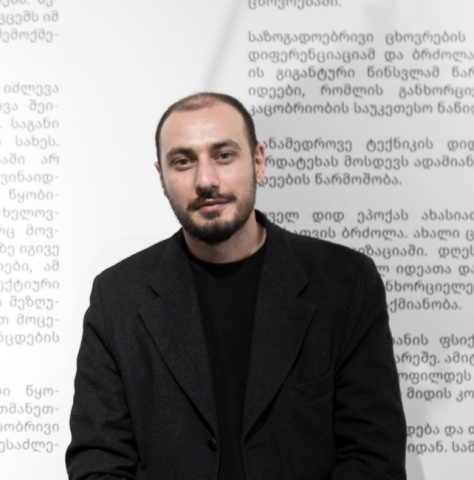 Giorgi Spanderashvili is a Georgia-based curator, art manager and cultural professional. Since 2010, he has been engaged in the fields of contemporary visual and performing arts, and has worked on a number of local and international projects. From 2010 to 2016, he worked for the Center of Contemporary Art/CCA-Tbilisi where he remains an active member. He was in charge of organizing two editions of the Tbilisi Triennial (2012, 2015). Since 2013, Giorgi manages the Contemporary Dance & Experimental Art Festival in Tbilisi. He is co-curator and co-founder of the Georgian video art archive Video.Image and the transdisciplinary, new media art platform In-between Conditions, developed under the umbrella organization Active for Culture. Since 2017, Giorgi has been focusing on his curatorial practice and has curated a number of large-scale shows with a strong focus on interdisciplinary perspectives. He owns a bachelor’s degree from Shota Rustaveli State Theatre and Film Georgian State University in Culture Management and an MA degree from Tbilisi State University in Psychological Anthropology. In 2022 he co-curated the Georgian Pavilion at the 59th Venice Biennale together with Vato Urushadze and Khatia Tchokhonelidze.