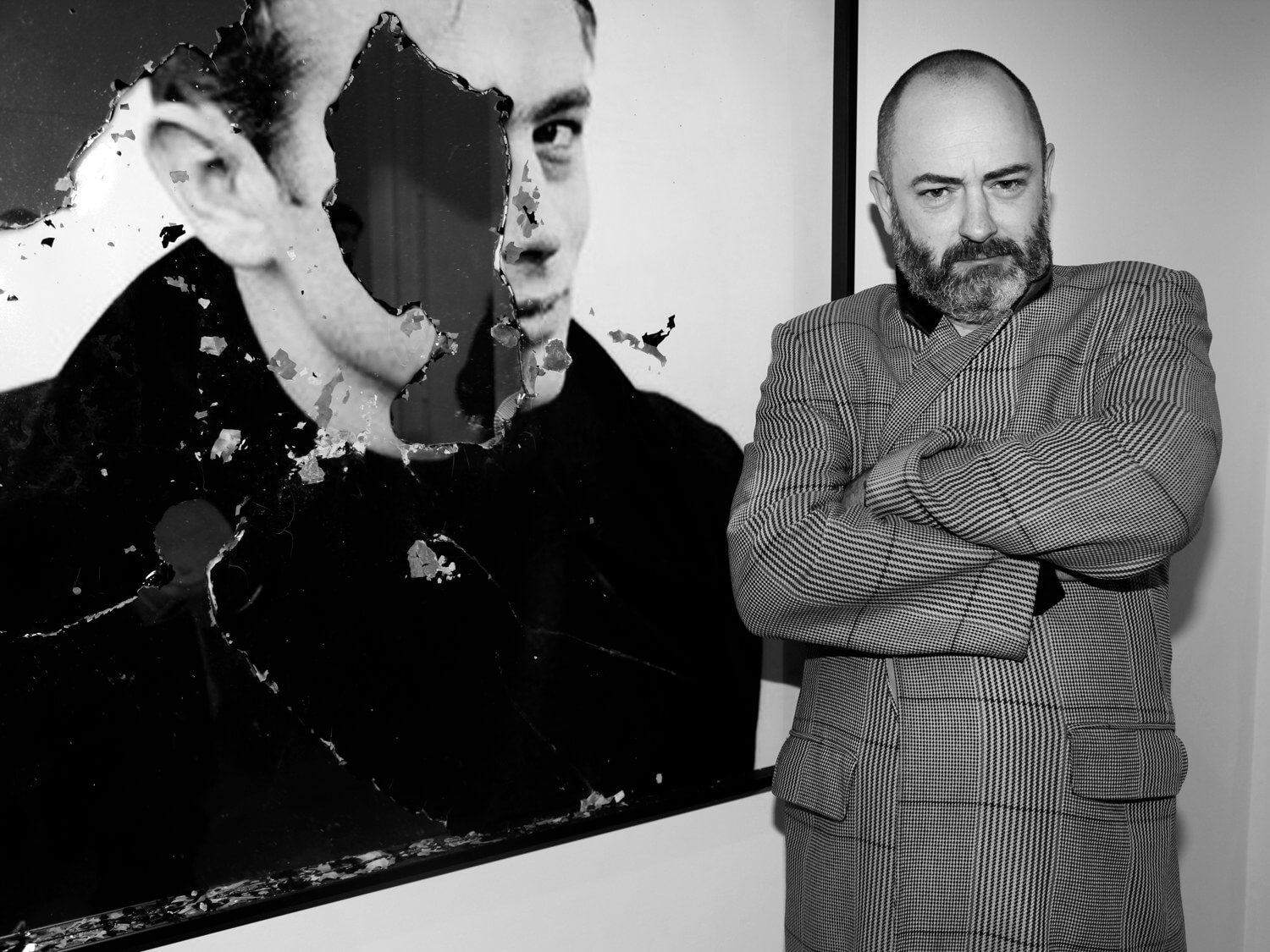 After receiving a B.A. at the Glasgow School of Art from 1984 to 1988, Gordon undertook a post-graduate program at the Slade School of Art in London from 1988 to 1990.  Gordon is a conjurer of collective memory and perceptual surprise whose tools include commodities and mechanisms of everyday life. Into a diverse body of work—which spans narrative video and film, sound, photographic objects, and texts both as site-specific installation and printed media—he infuses a combination of humor and trepidation to recalibrate reactions to the familiar. He was the recipient of the 1996 Turner Prize, the 1997 Venice Biennial’s Premio 2000 award, the 1998 Hugo Boss Prize awarded by the Solomon R. Guggenheim Museum, the 2008 Roswitha Haftmann Prize, and the 2012 Käthe Kollwitz Prize.

Exhibitions
Douglas Gordon & Lawrence Weiner: “Rosy-Fingered Dawn”
This duo show runs around the concept of the written word as a formal foundation and a conceptual conduit. Starting...
05 Apr 2017 - 20 May 2017
Gagosian Athens
Athens

Exhibitions
Behind the Screen: An Art Tribute to Isabelle Huppert
The exhibition celebrates French actress Isabelle Huppert. Featuring a series of photographs and videos by...
28 Apr 2017 - 30 May 2017
Michael Fuchs Galerie
Berlin

Exhibitions
Fly me to the Moon
On occasion of the 50th anniversary of the first Moon landing, Kunsthaus Zürich presents a journey through...
05 Apr 2019 - 30 Jun 2019
Kunsthaus Zürich
Zurich

Exhibitions
Hey Psycho!
A focus on the two artists Douglas Gordon and Florian Süssmayr, who share common backgrounds in film,...
09 May 2019 - 24 Nov 2019
Venice