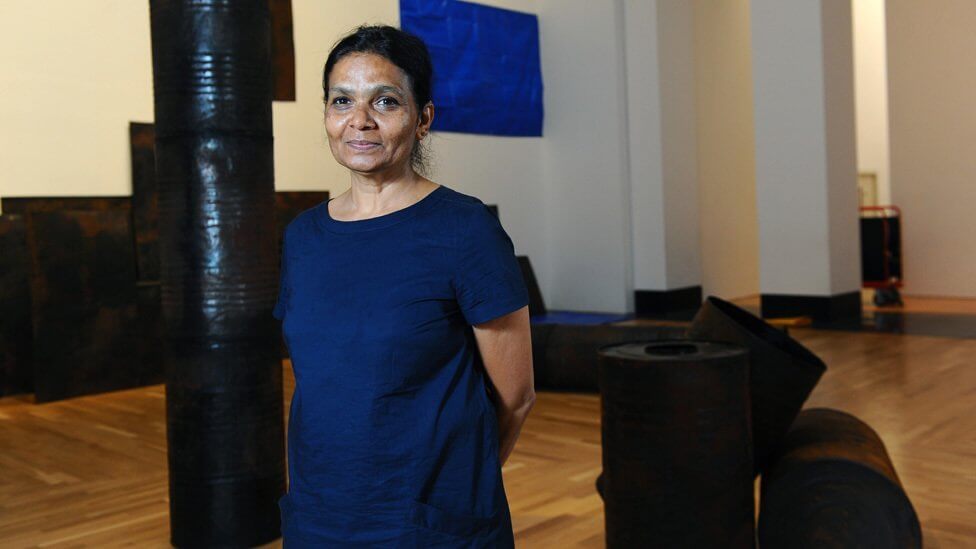 Sheela Gowda’s current practice incorporates sculpture, installation, and photography. The subject of Gowda’s photographic series Loss (2008), acquired for the Guggenheim collection, is the region of Kashmir, which is bordered by India, Pakistan, China, and Afghanistan. This area has become fraught with the violence and uncertainty that has accompanied the region’s boundary dispute. With an application of watercolor to the final entry in the six-photo series, Gowda returns to her roots as a painter while retaining the political character found in her previous process-oriented works. Gowda has had numerous solo exhibitions, including at Iniva, London (2011); and Van Abbemuseum, Eindhoven, Netherlands (2013). She has participated in such group shows as at Documenta 12 (2007); Making Worlds, Venice Biennale (2009); Provisions, Sharjah Biennial (2009); Paris-Delhi-Bombay, Centre Pompidou, Paris (2011); and Garden of Learning, Busan Biennial (2012). She is a finalist for the 2014 Hugo Boss Prize.

Exhibitions
Parapolitics: Cultural Freedom and the Cold War
The exhibition is devoted to the global dimension of cultural politics in the Cold War and to the changing...
03 Nov 2017 - 08 Jan 2018
Haus der Kulturen der Welt
Berlin