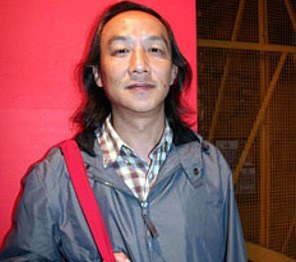 Gu Dexin is one of the pioneering presences of the generation that began making contemporary art during the 1980s. His early paintings, watercolors, and embroideries open up fantastic, dystopian worlds of creatures vaguely human, while his conceptual installations involving raw meat and rotting fruit added a new sense of the visceral to an otherwise analytical and symbolic conversation. In 1989, he was among the three Chinese artists to show in “Magiciens de la Terre” at the Pompidou, the first time art from contemporary China had been inserted into a global context.
In 2009, frustrated with the art world around him, Gu decided to quit art entirely. Drawn entirely from private collections, and including over eighty works from the Guy and Myriam Ullens Foundation Collection, this exhibition is the first comprehensive attempt to make sense of the multiple strands in Gu’s daring, original, and sophisticated practice.

Exhibitions
Unlived by What is Seen
After a year of in-depth communication and exploration, twenty-eight artists were selected, along with...
13 Dec 2014 - 15 Mar 2015
Galleria Continua Beijing
Beijing

Exhibitions
Cuarteto
A quartet is a musical composition written for an ensemble of four musicians or singers. If it were composed...
02 Jul 2016 - 02 Jul 2016
Arte Continua
Cuba
Art Spaces