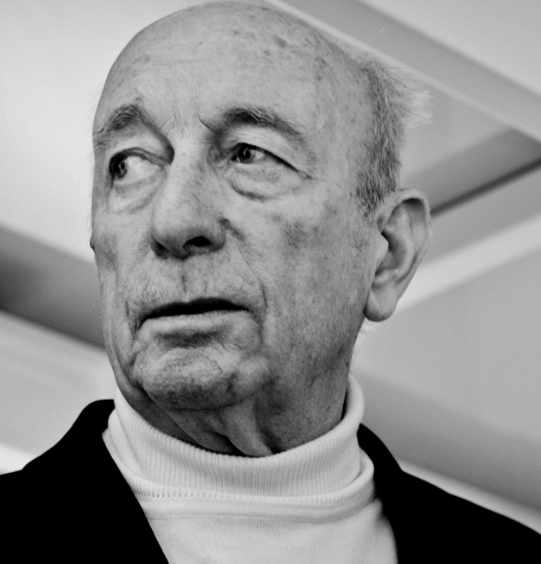 Guarneri began to paint in 1953. He initially alternated between painting and his musical activities. From 1962 he undertakes research founded on the sign and light, which become the principal objects of his studies as part of a focus on a system of minimal geometry (non so se questa suona benissimo in inglese). He debuts at the Aja in 1960 with his first personal exhibition. Six years later he participates at the Venice Biennale (with Agostino Bonalumi and Paolo Scheggi) and at the exhibition ‘Weiss auf Weiss’ at the Kunstalle of Bern. In 1967 he is invited to the Paris Biennale in the section ‘New Proposals.’ In 1972 he takes the first anthological exhibition at the Westfalischer Kunstverein of Münster.
He participates at the Quadriennali of Rome in 1973 and 1986. In 1981 at the Palazzo delle Esposizioni of Rome he exhibits ‘Linee della ricerca artistica in Italia 1960-1980’, an exhibition that in 1997 is shown again at the Kunsthalle of Cologne as ‘Abstrakte Kunst Italiens ‘60/’90’. In 2007 he participates in ‘Pittura Analitica, anni ‘70’, at the Palazzo della Permanente in Milan. In 2008 he is one of the artists in the exhibition ‘Pittura Aniconica’ at the Casa del Mantegna of Mantua. Three years later he is part of ‘Percorsi riscoperti dell’arte Italiani – VAF-Stifung 1947-2019’ at Mart of Trent and Rovereto. In 2015 he is one of the artists that contributes to ‘Un’idea di pittura. Astrazione analitica in Italia, 1972-1976 at the Modern Art Gallery of Udine. In the same year he holds a solo-exhibition at the Rosai-Ugolini gallery in New York. In 2000 he completes the 24 mq mosaic for the Roman metro in the station of Lucio Sestio. He has taught painting at the Accademies of Carrara, Bari, Venice and Florence.

A Arte Invernizzi
Galleries in Milan