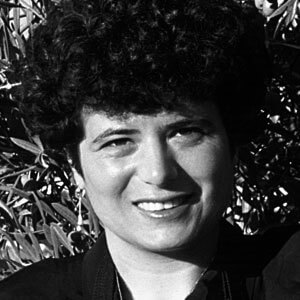 As a native of occupied East Jerusalem, Rula Halawani began her artistic career by registering the difficulties of living under a protracted political conflict. Halawani’s early works capture the many aspects of this reality, from the tedious moments of attempting to perform daily tasks under the restrictions of military occupation to the cyclical onset of violent siege that transforms Palestinian neighborhoods, towns, and cities into overnight war zones. After several years of photographing the stark imagery that defines the everyday lives of Palestinians, Halawani increasingly focused on the spatial implications of the occupation by documenting its built environments and structures: the meticulous system of architecture that serves as one of its central mechanisms. Recently, she has turned her lens towards the traces of lives and history that can still be found in often overlooked details, whether in the material culture of Palestinian society or the transformed landscapes of her childhood.
Rula Halawani holds a Bachelor of Art degree in Advanced Photography from the University of Saskatchewan in Canada (1989); and a Master of Art degree in Photographic Studies from the University of Westminster, London (2001). Halawani is based in Jerusalem, where, in addition to her artistic practice, she is the founding director of the Photography program at Birzeit University, where she also teaches. The program offers the first academic training of its kind in Palestine.
Halawani’s photographs are housed in the international collections of the Centre Georges Pompidou, France; Nadour Collection, Germany; Victoria & Albert Museum, UK; The Khalid Shoman Foundation, Jordan; and the Museum of Fine Arts, Houston, USA, among others. Palestine, the artist’s first monograph, was published by La Lettre Volee, Brussels in conjunction with her 2008 midcareer retrospective at the Botanique Museum. Halawani recently received grants from the Arab Fund for Arts and Culture and the Open Society Institute for two new photographic series that she completed in Palestine.