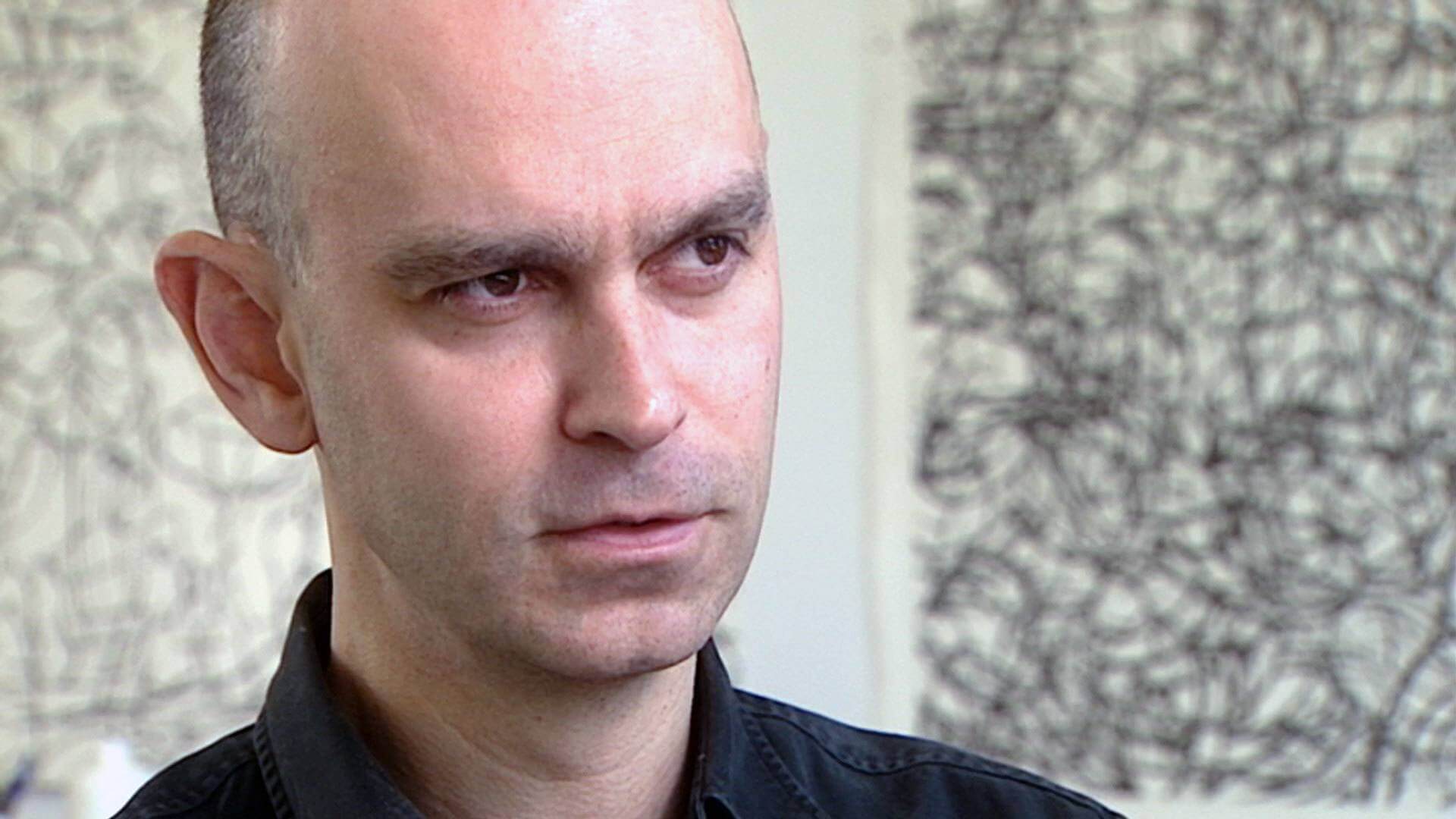 Arturo Herrera was born in Caracas, Venezuela in 1959, and lives and works in New York and Berlin, Germany. He received a BA from the University of Tulsa, Oklahoma, and an MFA from the University of Illinois at Chicago. Herrera’s work includes collage, works on paper, sculpture, relief, wall painting, photography, and felt wall hangings. His work taps into the viewer’s unconscious—often intertwining fragments of cartoon characters with abstract shapes and partially obscured images that evoke memory and recollection. Using techniques of fragmentation, splicing, and re-contextualization, Herrera’s work is provocative and open-ended. For his collages, he uses found images from cartoons, coloring books, and fairy tales, combining fragments of Disney-like characters with violent and sexual imagery to make work that borders between figuration and abstraction and subverts the innocence of cartoon referents with a darker psychology. In his felt works, he cuts shapes from a piece of felt and pins the felt to the wall so that it hangs as a tangled form, resembling the drips and splatters of a Jackson Pollock painting. Herrera’s wall paintings also meld recognizable imagery with abstraction, but on an environmental scale that he compares to the qualities of dance and music. Herrera has received many awards including, among others, a Deutscher Akademischer Austausch Dienst (DAAD) Fellowship. He has had solo exhibitions at Centre d’Art Contemporain, Geneva; Dia Center for the Arts, New York; Centro Galego de Arte Contemporánea, Santiago de Compostela; Whitney Museum of American Art, New York; UCLA Hammer Museum, Los Angeles; and P.S.1 Contemporary Art Center, Long Island City; among others. His work appeared in the Whitney Biennial (2002).