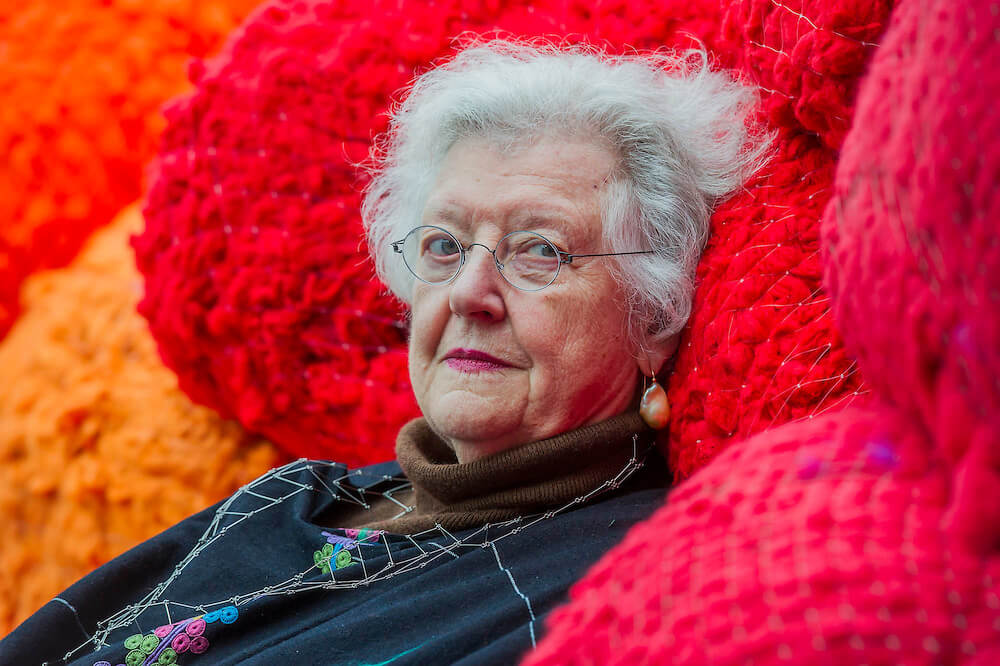 Sheila Hicks was born in Hastings, in Nebraska, in the year of 1934, she currently lives and works in Paris, France. She took a Bachelor Degree and a Master Degree  in painting at Yale University of Architecture, in Connecticut, where she had the chance to study with Josef Albers, Rico Lebrun, Bernard Chaet, Jose de Riviera, Herbert Mather, Norman Ives, Gabor Peterdi, George Kubler, George Heard Hamilton, and Vincent Scully.
After been insigned of a grant by Henri Peyre, to study in France she moved and started to live there where she established the Atelier des Grands Augustins, where she currently works on site specific, large scale installations and fibra works of art.