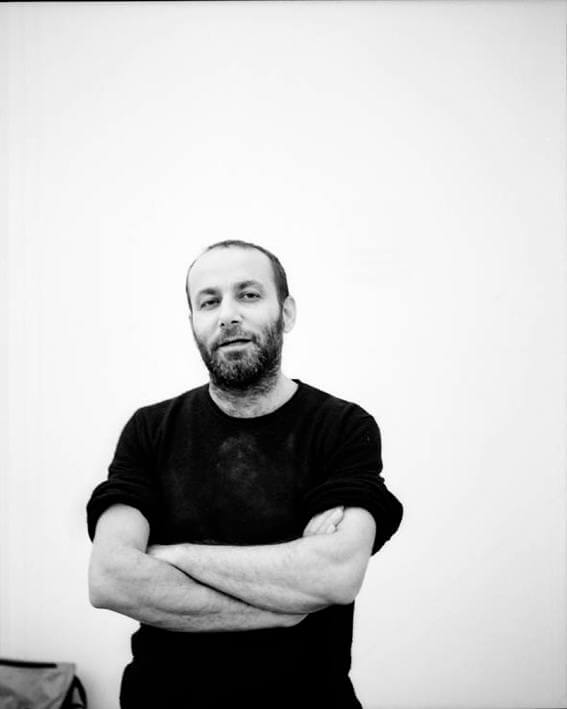 Hiwa K graduated from High School in Iraq and continued his self-education meeting different intellectuals, visual artists, musicians and theatre artists. The major fields of these informal and non-systematic studies were European literature and philosophy, learnt from available books translated into Arabic. After moving to Germany at the age of 25, he studied music; specifically he was a pupil of the Flamenco master Paco Peña.
Hiwa K’s works, escape normative aesthetics but give a possibility of another vibration to vernacular forms, oral histories (Chicago boys, 2011), modes of encounter (Cooking with Mama, 2006) and political situations (This lemon tastes of apple, 2011). The repository of his references consists of stories told by family members and friends, found situations as well as everyday forms that are the products of pragmatics and necessity.
His own education leaves a strong impression within his works, which are the result of a continuous critique of the art education system and the professionalization of art practice, as well as the myth of the individual artist.
Consequently, many of his works are characterized by a strong collective and participatory dimension, and have to do with the process of the teaching and learning systems and an insistence on the concept of obtaining knowledge from everyday experience rather than doctrine
Hiwa K was involved in various collective exhibitions such as La Triennale in Paris and the “Edgware Road Project” at the Serpentine Gallery in London. His Chicago Boys While We Were Singing They Were Dreaming project is continuously hosted by important international institutions, such as Alternativa Festival in Gdansk,the CASCO in Utrecht, the Serpentine Gallery in London, New Museum/ NYC, MACRO/Rome, MuHKA and MUSAC in León. , he participated in the VII edition of Manifesta curated by Raqs Media Collective, New Museum in NY and Venice Biennale 2015.

Exhibitions
Hiwa K: Do You Remember What You Are Burning?
The first solo exhibition by the artist in Asia and the Middle East
16 Dec 2020 - 24 Jul 2021
Jameel Arts Centre
Dubai, Sharjah, Abu Dhabi

Exhibitions
Homeless Souls
Gathering together a dozen artistic voices from countries around the world for a conversation about exile...
27 Jun 2019 - 22 Sep 2019
Louisiana Museum of Modern Art, Denmark
Denmark
Art Spaces