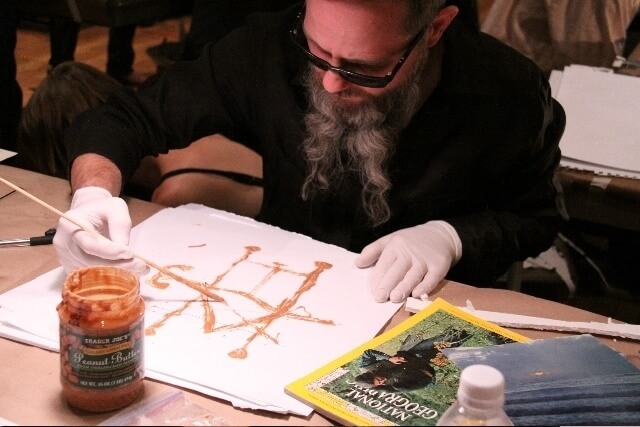 Evan Holloway (born 1967) is an American artist. Holloway received his BFA in 1989 and his MFA in 1997 from the University of California (Los Angeles and Santa Cruz). He lives and works in Los Angeles, USA.
Evan Holloway is represented by The approach in London, Harris Lieberman in New York and Xavier Hufkens in Brussels.
His work has been included in numerous international group exhibitions, including the 2002 Whitney Biennial; the 2008 California Biennial; The Uncertainty of Objects and Ideas: Recent Sculpture at the Hirshhorn Museum and Sculpture Garden, Washington DC; All of This and Nothing at the Hammer Museum, Los Angeles; and Moby Dick and Wizard of Oz, both at CCA Wattis Institute, CA. In 2008 Holloway had a solo exhibition at the Pomona College Museum of Art, Claremont, CA.
The artist’s work has also been exhibited at leading art institutions in Europe, including Beaufort 03 in Belgium, W139 in Amsterdam, the Musée Departemental d’Art Contemporain de Rochechouart in France, the Castello di Rivoli in Torino and The Barbican in London. Holloway has been the recipient of a number of awards including: FOCA Grant (2005), Penny McCall Foundation Award (2004) and Louis Comfort Tiffany Foundation Award (2002). Notable collections include: Smithsonian Hirshhorn Museum and Sculpture Garden, Washington DC, USA; Museum of Contemporary Art, Los Angeles, USA; and Whitney Museum of Contemporary Art, New York, USA.

Exhibitions
You’ve Got to Know the Rules…to Break Them
Rosa and Carlos de la Cruz have selected a group of artists from their personal collection who have been...
01 Dec 2015 - 08 Oct 2016
de la Cruz Collection