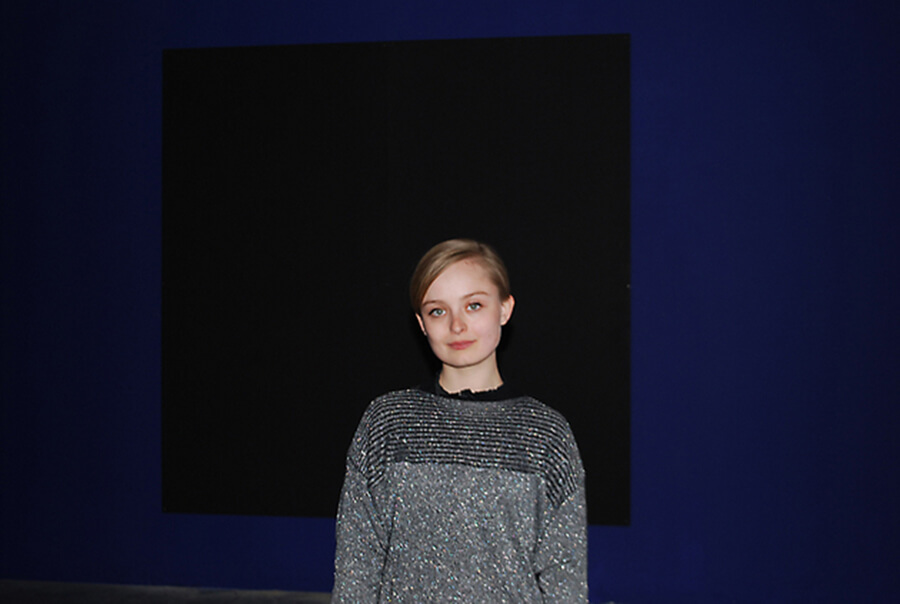 Marie Kølbæk Iversen  graduated from the School of Time-based Media at the Royal Danish Academy of Fine Arts in 2008. She is a co-founder and editor of the editorial project Internationalistisk Ideale.
In her work Marie Kølbæk Iversen explores concepts and processes of mediation and mediumship, perception and representation in various media: photography, graphics, and film, as well as in large-scale installations based on closed circuit sound and video technology. Emphasizing the presence of technology and the concreteness of the feedback loop, her installations challenge preconceptions of representational media by reducing them to those material properties in which they are in excess of themselves: patterns, waves, vibrations. In Kølbæk Iversen’s work it becomes clear that even if the input is ‘nothing’, the sheer process of mediation will fill the gap with ‘something’. Resonating with contemporary technologies and their inventories of effects, media are in Kølbæk Iversen’s work conceived as a multiplicity of forces (whether electronic, digital, graphic or linguistic) that are staged and traced through the responses and affects they elicit across human and machinic bodies. In this way media are shown to massage and shape human subjectivity through their interaction with emergent realities; a virtuality that is inseparably bound up with the real without resembling it.