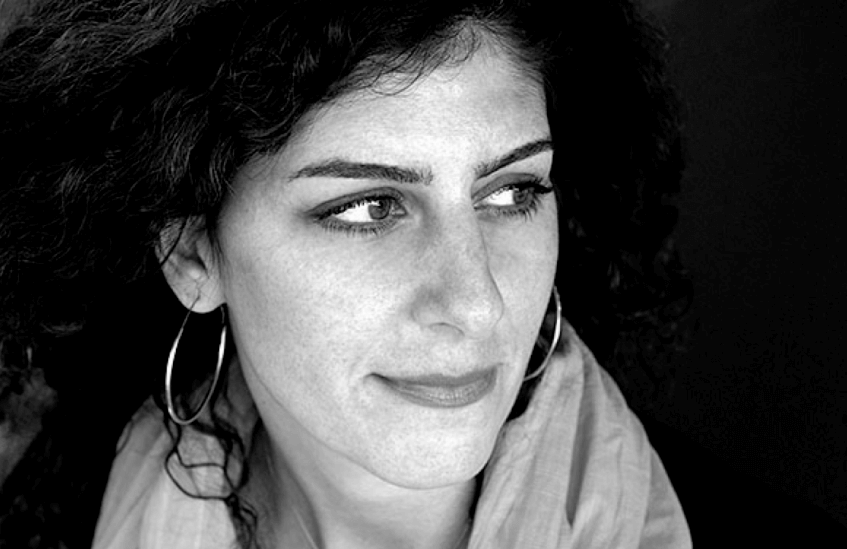 Emily Jacir is a Palestinian artist and filmmaker. Born in Bethlehem in 1972, Jacir spent her childhood in Saudi Arabia, attending high school in Italy. She attended and graduated with an art degree from the Memphis College of Art. She divides her time between Rome, Italy and Ramallah.
Jacir works in a variety of media including film, photography, installation, performance, video, writing and sound. She has exhibited extensively throughout the Americas, Europe, and the Middle East since 1994, holding solo exhibitions in places including New York, Los Angeles, Ramallah, Beirut, London and Linz.
Active in the building of Ramallah’s art scene since 1999, Jacir has also worked with various organizations including the Qattan Foundation, al-Ma’mal Foundation and the Sakakini Cultural Center. She has been involved in creating numerous projects and events such as Birzeit’s Virtual Art Gallery. She also founded and curated the first International Video Festival in Ramallah in 2002. She curated a selection of shorts; Palestinian Revolution Cinema (1968 – 1982) which went on tour in 2007. Between 2000 – 2002 she curated several Arab Film programs in NYC with Alwan for the Arts including the first Palestinian Film Festival in 2002. She works as a full-time professor at the vanguard International Academy of Art Palestine since it opened its doors in 2006 and she also served on its Academic Board from 2006 through 2012. Jacir led the first year of the Ashkal Alwan Home Workspace Program in Beirut (2011-2012) and created the curriculum and programming after serving on the founding year of the Curricular Committee from 2010-2011.