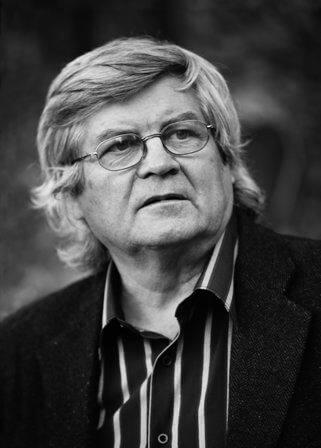 Jozef Jankovič is a leading personality of the Slovak sculpture of the second half of the 20th century, but also an important pedagogue, ardent organizer of the activities of alternative art scene, painter and graphic artist. In 1952-56 he attended the School of Applied Arts in Bratislava. In 1956-62 he studied at the Academy of Fine Arts and Design in Bratislava (prof. Kostka). He entered the art scene at the beginning of the 1960s, initially influenced by the Informel and Pop Art. He rapidly formed his own figural language, a highly original synthesis of actual tendencies. Already during his studies he was an active agent of the art scene – one of the establishers of the group Konfrontácie/Confrontations. In the 60ies, Jozef Jankovič became one of the most successful Slovak artists, with positive reception from the international art world. He was awarded the first prize at the first Biennal of the young art Danuvius´68, prize at the Biennale of young artists in Paris in 1969. Unfortunately the dramatic events of year 1968 and following normalization halted his successful career. He was forced to abandon his sculptural ambitions, only allowed to do the small scale works – he was drawing a lot, designing jewelry, reliefs and cabinet sculpture. In the 80ies he became one of the pioneers of the PC graphic. In 1983 he was awarded a prestigious international Hederer prize for his artwork and moral attitude.