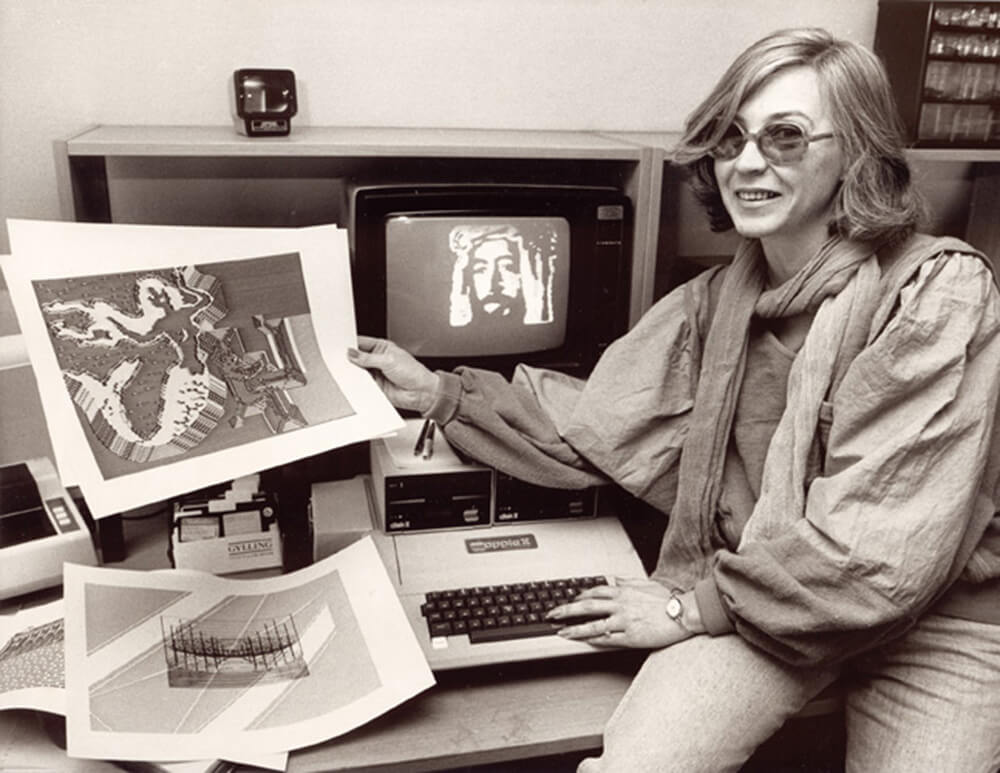 From the beginning of Swedish artist Charlotte Johannesson’s formal training in weaving, she knew that she wanted to use the medium for making images. No one else was really doing this in the early 1960’s and Johannesson found inspiration in the iconic weaver and artist Hanna Ryggen. While her class mates where there to learn how to weave napkins Johannesson had something else going on. She was interested in the real world, in politics, and wanted to create images and text loaded with content.
Charlotte Johannesson and her husband Sture were central figures in Swedish counterculture of the 1960s, ‘70s and ‘80s. In the early 1960s, Charlotte founded her weaving workshop and company named “Cannabis”, which in the mid-1960s turned into the couple’s communal workshop and exhibition space, soon becoming an informal hub for the Malmö underground – a kind of psychedelic salon. Later, they started the Digital Theater (active 1981-85), a pioneering computer graphics studio.
Her way of using textile to create politically charged poster-like images was very innovative and is still relevant today. Charlotte Johannesson has experimented with different techiques to make images, like a simplified jacquard weaving based on the principle of controlling the loom and the design with a punch card. The step between Johannesson’s weaving practice and her and Sture’s pioneering computer based work in the 70’s is not very big. In fact, the Jacquard loom was an early conceptual model for the computer. She wanted to make use of what she thought was a great synchronicity between the two machines – on the computer there were 239 pixels on the horizontal side and 191 pixels on the vertical side, exactly what Johannesson had in the loom when she was weaving. Charlottes and Stures research led to their collaboration the Digital Theater, founded in 1978. The same year, Charlotte traded her loom “I’m no angel” for the couples first “personal” computer.