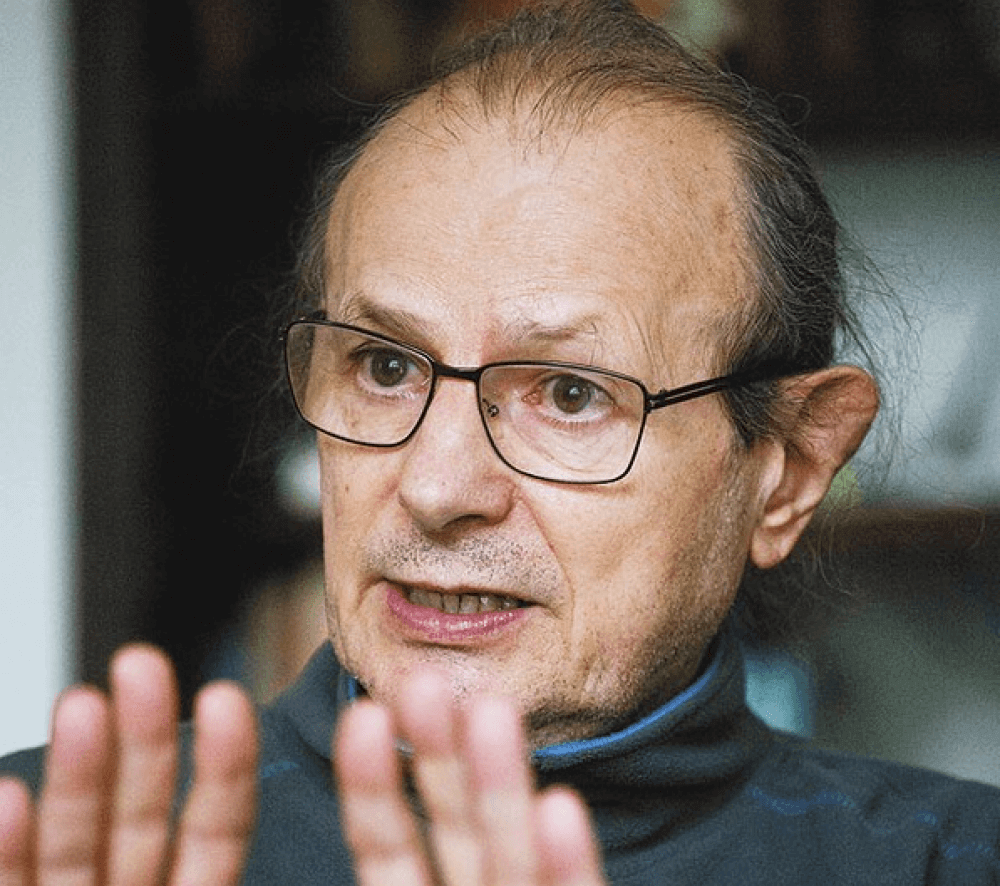 György Jovánovics is a prominent figure of the Hungarian neo-avant-garde generation. After finishing his studies at the University of Fine Arts, Budapest, the Vienna Art Academy, and the Académie des Beaux Arts Paris, he soon became member of the so-called Iparterv group (a group of dissident artists). In the sixties and seventies, he traveled and exhibited extensively in Europe; in 1978, he received the DAAD Scholarship to Berlin where he stayed between 1980-1983. In 1983 he returned to Hungary but kept visiting Berlin from time to time for various exhibition and teaching projects.
He became a Professor of Sculpture at the University of Fine Arts soon after the political changes in 1990. He exhibited all over Europe, represented Hungary at the Venice Biennial in 1995 and also had shows in Seoul, South Korea, Israel and in the USA. Jovánovics received numerous commissions for political monuments and public artworks after the political changes; some of his most important works of this kind are the Memorial to the Martyrs of the 1956 Revolution in the parcel 301 in Kerepesi Cemetery (1992), and a 33 m high installation on the facade of Corvinus University, Budapest. (2009). Works in Public Collections: Ludwig Museum, Budapest, Hungarian National Gallery, Budapest, Deutsche Bank, Berlin, Deutsche Nationalgalerie, Berlin, Guggenheim Museum, New York, Ludwig Museum, Vienna