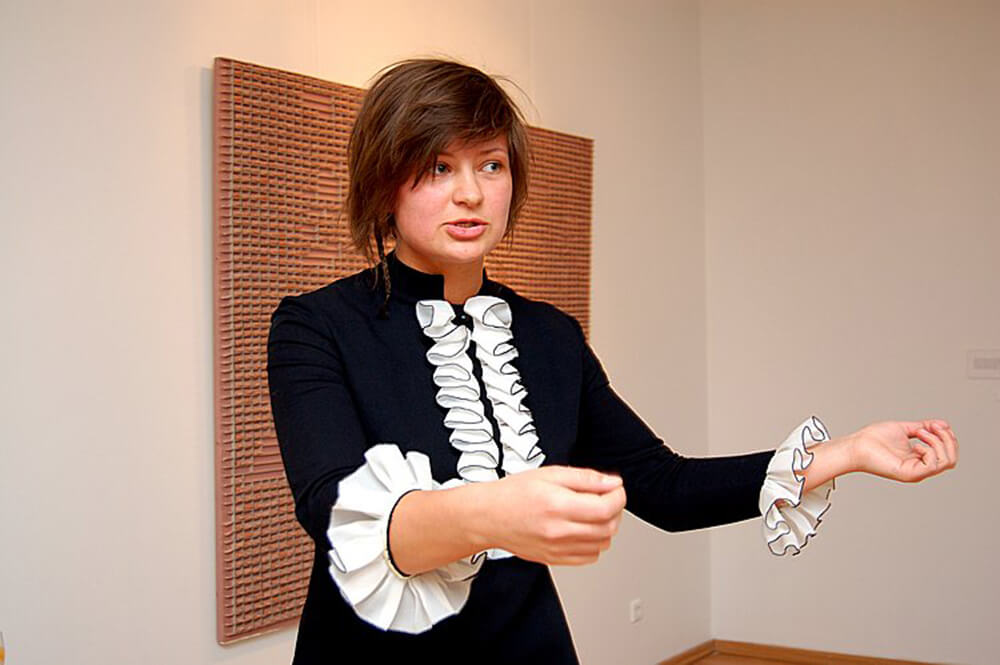 Flo Kasearu studied painting (2004-2008) and photography (2008-2013) at the Estonian Academy of Arts. In 2006-2007 she was an exchange student at the Rebecca Horn studio at Berlin University of the Arts (UDK), where she started doing performance and video art. The nature of her works is explorative, in that each project begins as an open-ended experiment and analysis of situations and subjects she is interested in. Using video, public actions, installation, photo, drawing, performance, she has examined subjects such as private and public space, question of freedom and economic depression, social responsibility, patriotism and nationalism. She uses her research to edit together, perform or stage slightly awkward and surreal situations in light of which real life issues shift into focus responding to Flo’s attempt to challenge the very way in which they are commonly addressed.
Her works have been exhibited widely inside and outside of Estonia. She won Köler Prize in 2012 and established Flo Kasaru’s House Museum 2013.