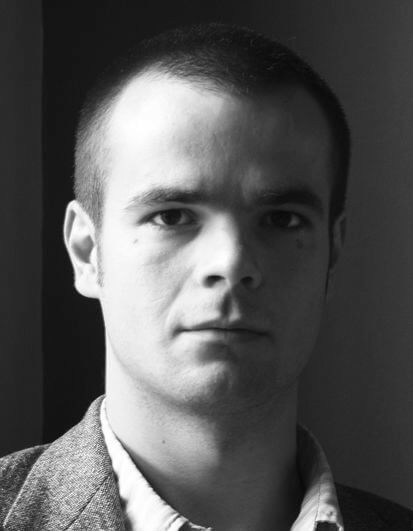 Born in Sepsiszentgyörgy, Romania in 1979, he currently lives and works in Budapest. He graduated from the Hungarian University of Fine Art in 2004 as an intermedia artist and sculptor; in 2010 he received his doctoral degree at the same institution. Kerezsi’s practice is research-based and experimental, moving freely between the overlapping spheres of art, nature, and science. He is currently interested in the exploitation of natural resources, atmospheric optical phenomena (the light-patterns caused by floating ice crystals), the ideal geometry of labour in case of bees, and earth as medium. In 2011 in Iceland he observed the arctic light and created thermographs using paper and the heat of a volcano. In 2011-12 he created a site specific photo series of urban scenes in Berlin, weather-montages in which the conjunction of historical time and atmospheric optical phenomena forms the “fantasy” combinations of the premeditated pictures. In 2012 he researched land art – the expanded field of sculpture in the USA. Discovering and exploring the everyday miracles of his environment offers him a parallel habitat which both presupposes and generates the sense of freedom. As such, he regards his creative activity as a search for liveable spaces and an attempt to present this quest.