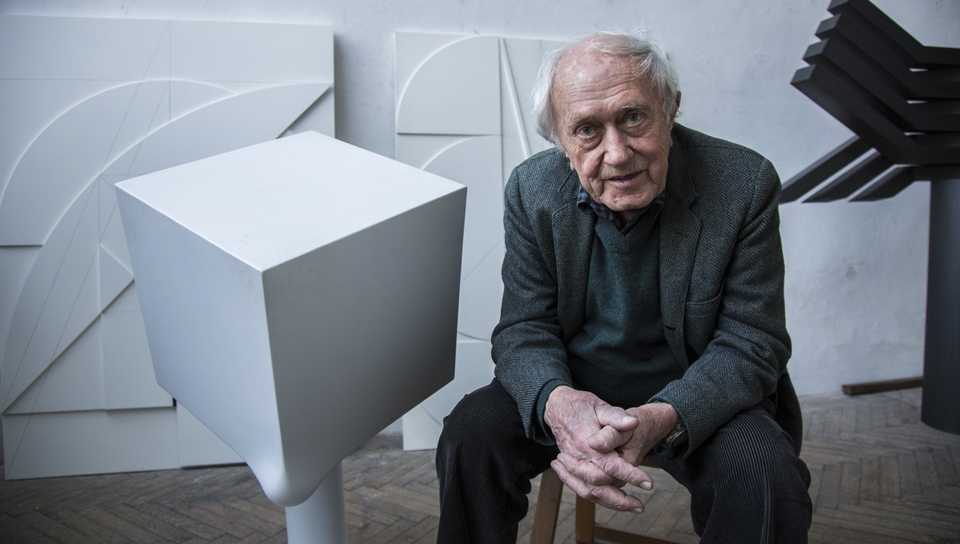 His work is counted among the fundamentals of modern Czech art. Since the 1950s, Stanislav Kolíbal has been one of the most notable personalities on the Czech art scene. He was a leading figure in the group “UB 12”, which played an important role in the 1960s. His language is geometry, his predominant theme the relation of illusion and reality. Eventually his emphasis turned to the need for finding rules and order. It is a meditation on the problems engendered by and linked to man’s presence on Earth.