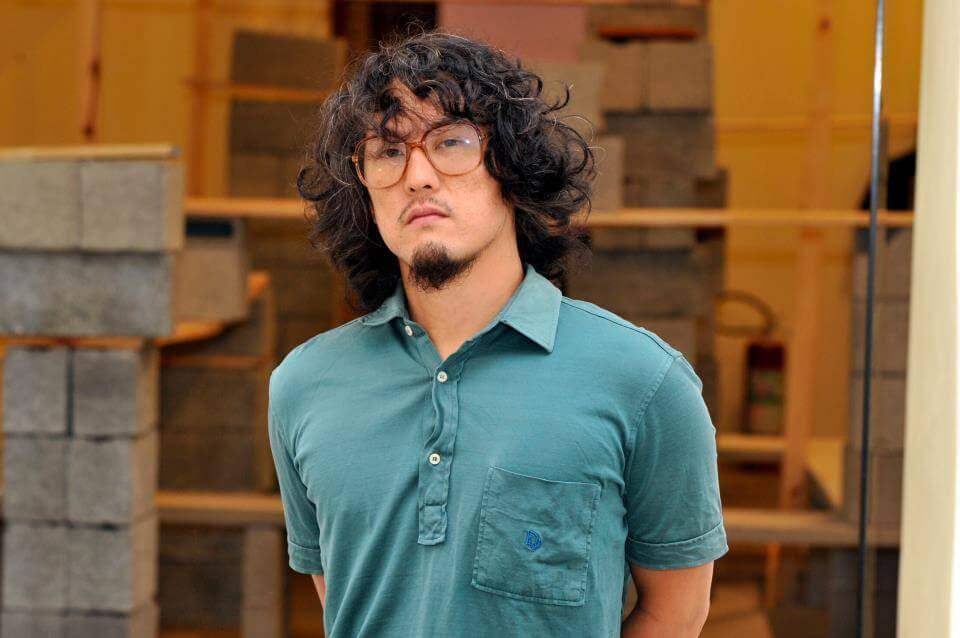 André Komatsu describes his work as the reflex of a series of perceptions he has while going along roads and through urban spaces. The objects and materials that converge to form Komatsu’s artistic universe are, aside from appearances, invitations to social resistance. Starting from fragments, rubble, abandoned objects, the artist carries out a reconstruction in search of new models of existence. The artist also dwells on the relationship between the parts of a structure, on its chances of surviving and on its inevitable transformation over time.
Base Hierárquica (2011–2013) is a work that has been installed by the artist in various countries over the last few years, each time using everyday glasses, sophisticated wine glasses and building materials readily available locally. The work consists of a series of blocks of cement piled up on top of each other, and resting on solid glasses capable of sustaining their weight; close by, a shattered wine glass attests to the fragility of its elegance. The recurrent use by the artist of fragments, scrap pieces, found materials, and their reuse, expresses a desire to subvert the values conventionally attributed to materials, and, in a broad sense, to the elements of everyday life. In 2005 André Komatsu won the Bolsa Pampulha Award, and four years later took part in a residency programme at the Bronx Museum of New York. In 2011 he showed at the Drawing Room in London, and received the Premio Illy for Sustain Art, assigned by ARCO Madrid. In 2013 he contributed to the Biennial of Graphic Arts in Ljubljana, the Biennale Monterrey FEMSA in Mexico City, and was one of the finalists of the Future Generation Art Prize.