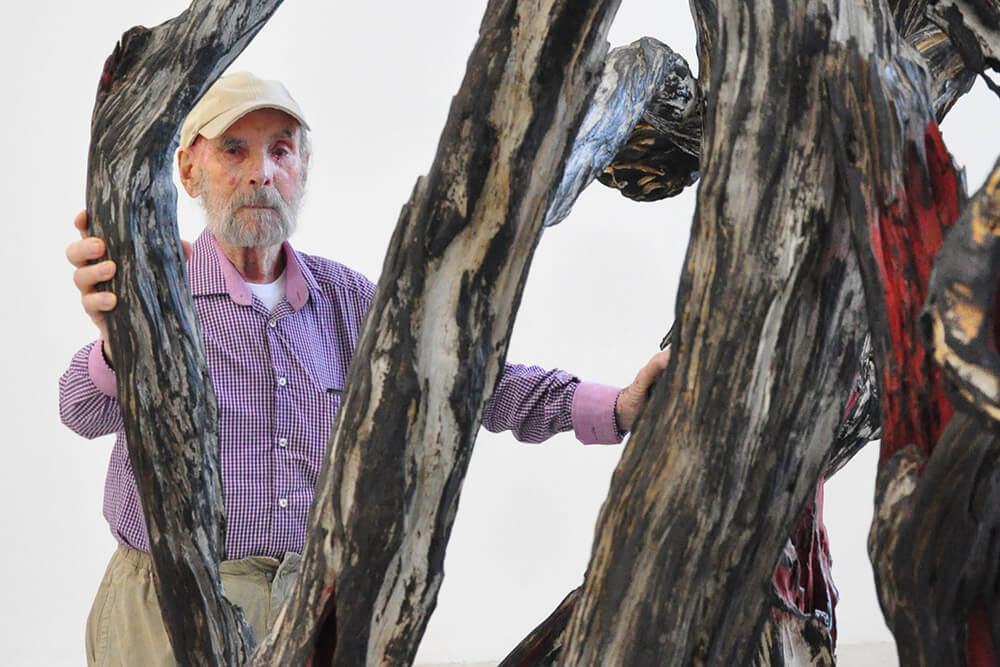 Frans Krajcberg is a Polish-born Brazilian naturalized painter, sculptor, engraver and photograph. Known for his environmental activism, Krajcberg denounces the destruction of the Brazilian forests, using materials such as burnt wood from illegal forest fires in his artworks.
Frans Krajcberg fought in the Polish Army during World War II, after the war, he sought refuge in the Soviet Union, where he studied engineering and art at the Leningrad State University. He then studied in Germany at the Stuttgart Academy of Fine Arts, where he was a student of Willi Baumeister.
Krajcberg came to Brazil in 1948 and participated in the eighth São Paulo Biennial in 1951. During the 1940s his produced abstract art. From 1948 to 1954 he traveled between Paris, Ibiza and Rio de Janeiro, where he made his first nature-based art works .
In 1956, Krajcberg moved to Rio de Janeiro, where he shared a studio with the sculptor Franz Weissmann. He became a naturalized Brazilian the following year.
In 1964, Krajcberg made his first sculptures with cedar wood. He made several trips to the Amazon Forest and Pantanal, photographing and documenting deforestation, as well as gathering materials for his works, like roots and charred tree trunks. In the 1970s his burnt wood sculptures received international attention. Krajcberg lives since 1972 in the south of Bahia, where he keeps his studio on Sítio Natura farm, in Nova Viçosa.