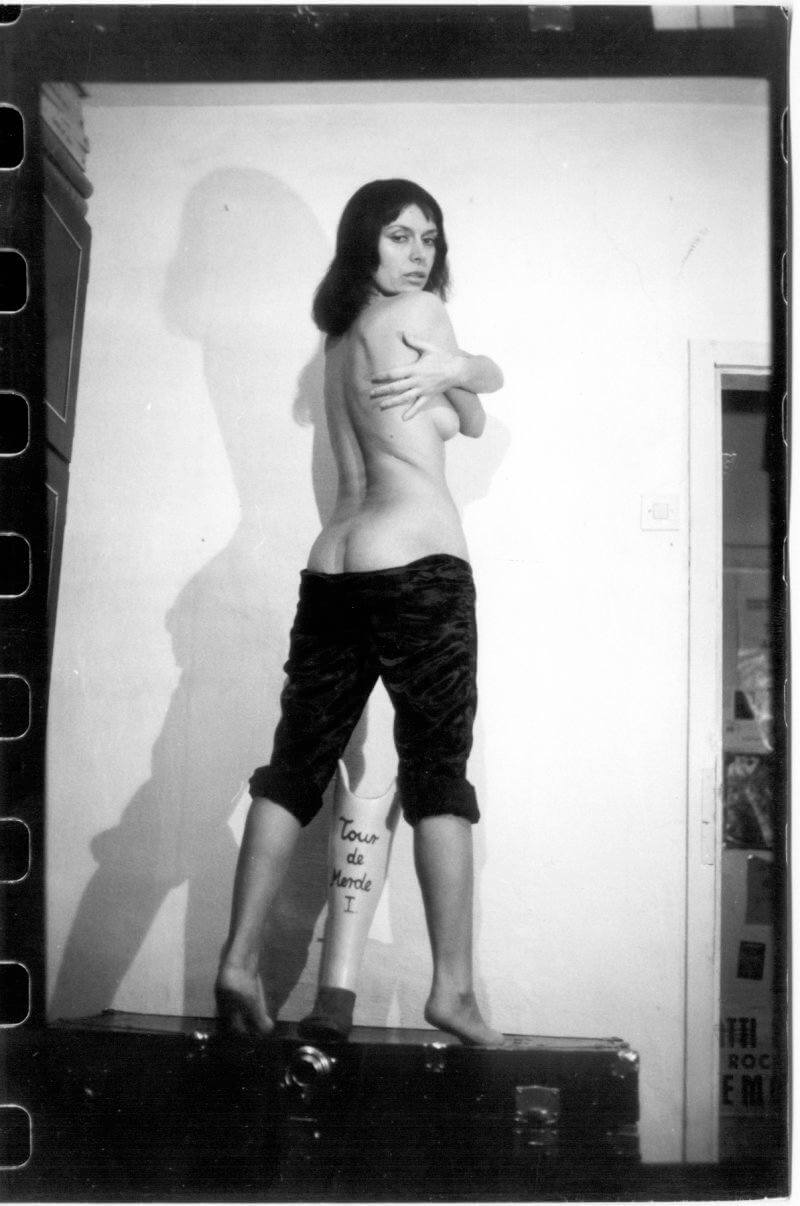 Katalin Ladik is a Hungarian performer, poet and actress. She was the first woman performer in the former Yugoslavia to use her own body in her happenings, performances and actions, as an autonomous medium equivalent to text and sound. From 1962 Ladik began publishing her poems of surrealist and Dadaist roots and erotic tone. After 1969 her praxis shifted towards intermedia. She was member of the Bosch+Bosch Group, who were influenced by the historic avant-gardes and the neo-avant-garde. The group was founded in 1969 in the Hungarian border city of Subotica and it existed until 1976. After taking part in the 10th International Festival of Sound Poetry in Amsterdam in 1977, Ladik became an important figure in the scene of European sound poetry. Her exhibition at the Museum of Contemporary Art of Vojvodina in Novi Sad, 2010, attracted the attention of the international artistic community.  Her works can be found in several public collections like the Ludwig Museum Budapest, the MACBA, Barcelona, the Ludwig Museum Cologne, and the MoMA, New York.