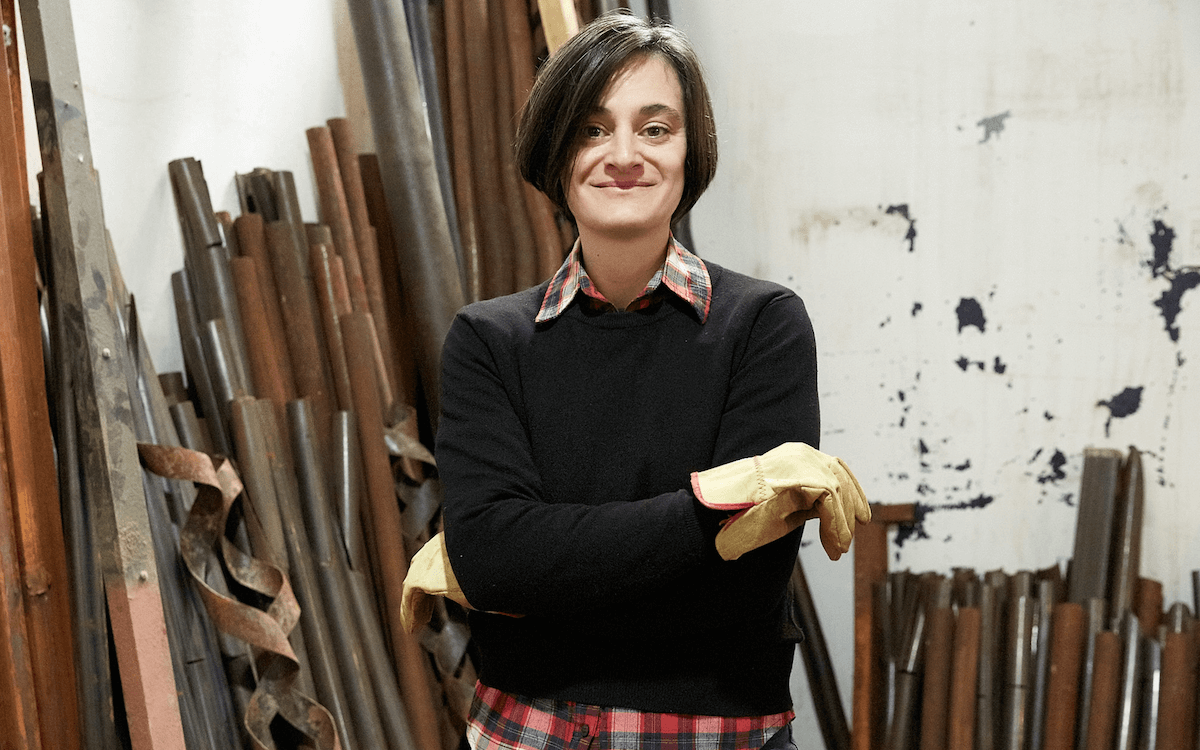 Luciana Lamothe (b.1975, Buenos Aires) works with sculpture, performance, and activation. Her work focuses on the dialectical relationships between construction and destruction involved in the same logic of operation in the construction processes. Lamothe proposes similarities between the body and the architecture to achieve a communion of these two elements and to account for the vital violence that relates them. The ambivalence of the materials, in terms of strength and ductility, soft and hard, can be clearly perceived in her pieces; she uses solid and structural materials, but when they are pressured physically, they become soft and flexible. Lamothe forces the materials to yield to the maximum of their resistance in order to show the scope of this transformation.
Her interest in establishing relationships between certain materials and people also reveals a concern to consider things and beings alike within a scale of values. Lamothe’s participatory sculptures blend form and function with the purpose of generating mechanisms that can be activated by the viewer and in which a relationship can be established between them.