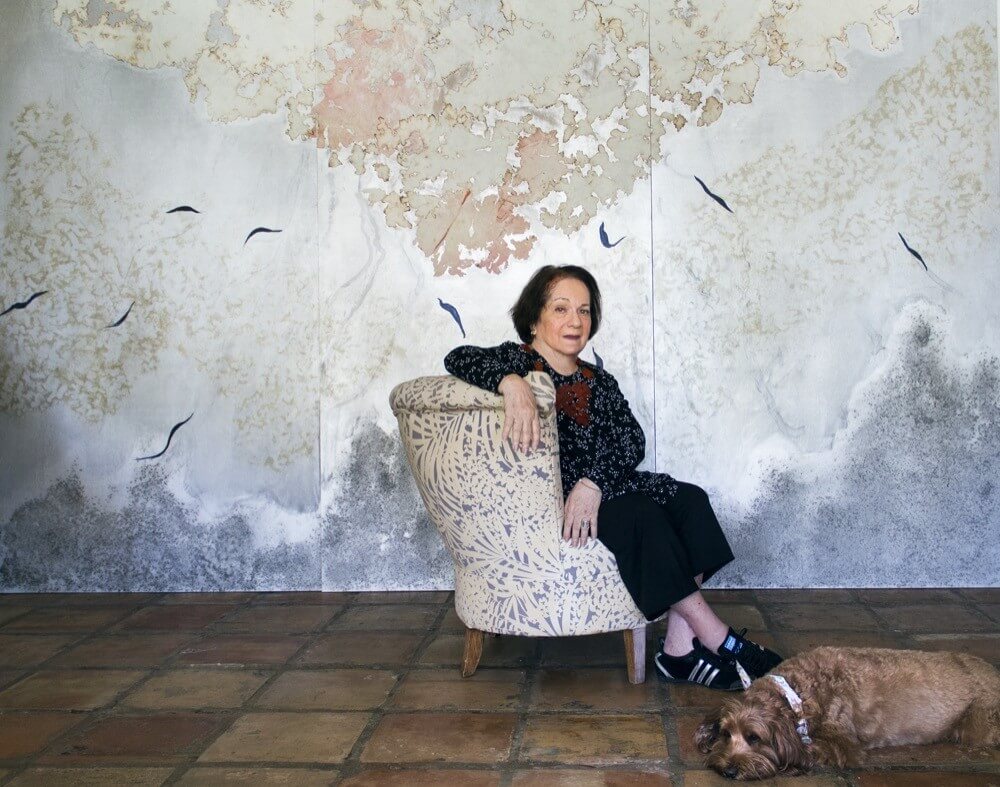 Mira Lehr, a multimedia artist whose career spans four decades, is a native New Yorker now working in Miami. Her nature-based imagery encompasses painting, design, sculpture and video installations. Processes include non-traditional media such as resin, gunpowder, fire, Japanese paper, dyes and welded steel. Lehr graduated from Vassar College with a degree in Art History, where she studied with Linda Nochlin and Adolf Katzenellenbogen. Later, she studied Painting with Robert Motherwell and others of the New York School, focusing mainly on the principles of Hans Hofmann. As a young female artist in the 50’s – 60’s, Lehr was at the forefront of abstract expressionism and had much to do with mobilizing the female voice in cities like Miami. There she co-founded the Continuum Gallery, the first women’s co-op in the southeast. In 1969, Lehr was selected to be a participant with Buckminster Fuller on the first World Game Scenario Project at the New York Studio School. Exhibitions and archives include the Bass Museum of Art, the Miami Art Museum, the New Museum, the Smithsonian Museum of American Art, the Getty Museum Research Center and American Embassies around the world. Her work hangs in the lobby of the Evelyn Lauder Breast Center of the Sloan Kettering Memorial Center and is included in the Leonard Lauder Corporate Collection. Lehr has affected a new generation of young artists by serving as a mentor and collaborator. She has taught master classes with the National YoungArts Foundation and has been artist in residence at the Bascom Summer Programs. Her solo and group exhibitions number over 300. Presently Lehr is represented by the Flomenhaft Gallery in New York. A Monograph about Lehr’s life and work has been recently published by Hard Press Editions and Hudson Hills press.