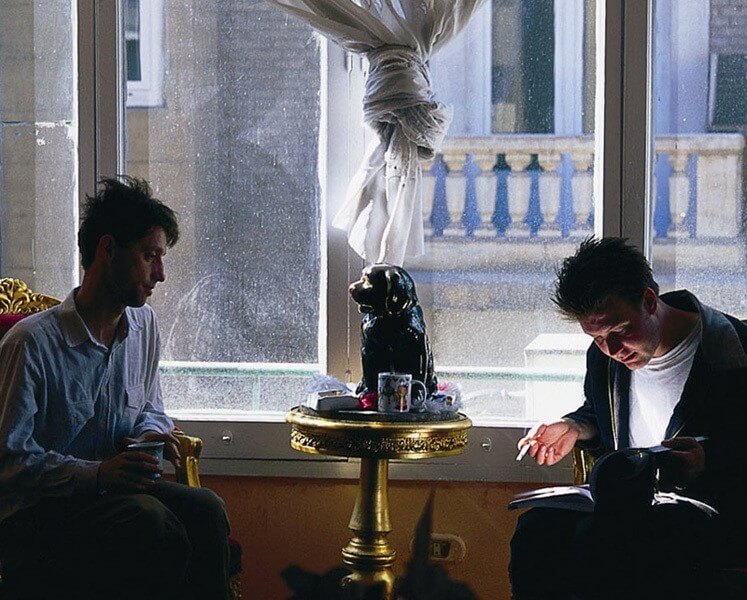 András Gálik and Bálint Havas both studied at the Hungarian University of Fine Arts in the early nineties. Their collaboration has been cemented by a project entitled “Little Warsaw” they did together in 1996 in the Polish Institute in Budapest. They adopted the title as the name for their common artistic experiment and had become internationally known under it a couple of years later. They represented the country at the Venice Biennale in 2003 with their provocative project The Body of Nefertiti, and participated in several international art events such as the 2nd Berlin Biennale in 2001, Manifesta 7 in 2008 (with Miklós Erhardt), Who if not we… Time and Again in the Stedelijk Museum, Amsterdam, Tea with Nefertiti (Mathaf Museum, Doha, Quatar, Institut du Monde Arab, Paris, Institut Valencià d’Art Modern, Spain, and BOZAR, Brussels, 2012-2014), the 12th Bienal de Cuenca in 2014, or The Problem of God in K21, Düsseldorf, Germany in 2015. They had solo presentations in the Museum Abteiberg, Mönchengladbach in 2009, in AKZM, Münster in 2010, in the Galerie für Zeitgenössische Kunst, Leipzig in 2012, and in the Secession, Vienna in 2014.