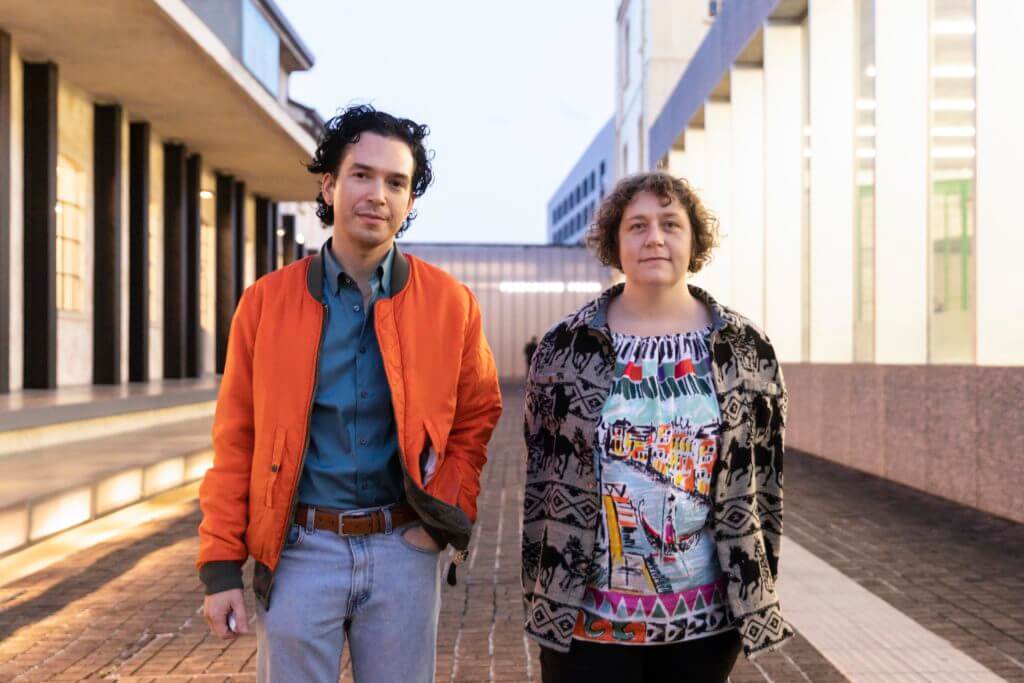 Lizzie Fitch and Ryan Trecartin were born in 1981, in Indiana and Texas respectively. They got to know each other as students and currently live and work in New York. In 2006 they participated together in the Whitney Biennale and from then on, have produced countless works together, each one more startling than the last. Trecartin focuses on producing videos, in which he uses a very personal language in and recreates some topos from the media world. His movies, as he likes to call them, contain the dynamics of reality shows mixed with advertising slogans and sit-com dialogues, all edited into single flow with a tight rhythm. The movies are presented inside a complex of freestanding sculptural sets, which he makes with his friend and colleague Fitch. Lizzie Fitch appears as an actress in Trecartin’s films and also works on their production, but she is principally involved in making the so-called ‘sculptural theatre’: inhabitable sculptures in which the videos are inserted and projected. Fitch uses almost exclusively pre-made or consumer furniture, modifying them and, at times, making them unfunctionable. These structures complicate and overlay the movies, offering the viewer the possibility of creating his or her own story and experiencing it inside the work of art itself.
Their work has been exhibited at the Museum of Contemporary Art, Los Angeles (2010), MoMA PS1, New York (2011), Musée d’art moderne de la Ville de Paris (2011-2012) and KW Institute for Contemporary Art, Berlin (2014-2015). Three installations signed Fitch&Trecartin were shown in the exhibitions “Prima Materia” at Punta della Dogana in 2013-15.