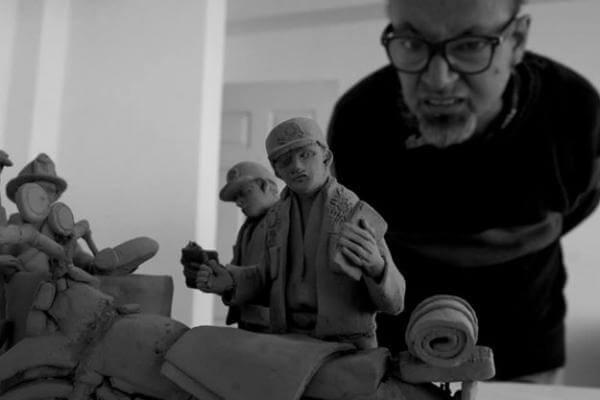 Aníbal López’ work consists in proposing to people a way of thinking that with plans or without them could unveil doubts or solutions. He opens a discourse where people could discuss themes that could help solve lives as a community. His work questions and examines the world with projections to the future, where armed conflicts are kids’ toys, for children that have faith in living and not in hating (to live without hate).  He did not consider himself a conceptual or minimalist, but utilitarian of these mediums, as a precise way of approaching concrete subjects without much paraphernalia.
He considers as general premise to question the codes of information and communication that are established by diverse entities of a society. He begins for trying to erase an ethnic specific belonging: to use his number of certificate instead of his first name, Aníbal Lopez in this way turns in A-1 53167, eliminating the reference to his cunning identity, across his surname, in a society who is assumed – for different reasons – like predominantly Mayan.