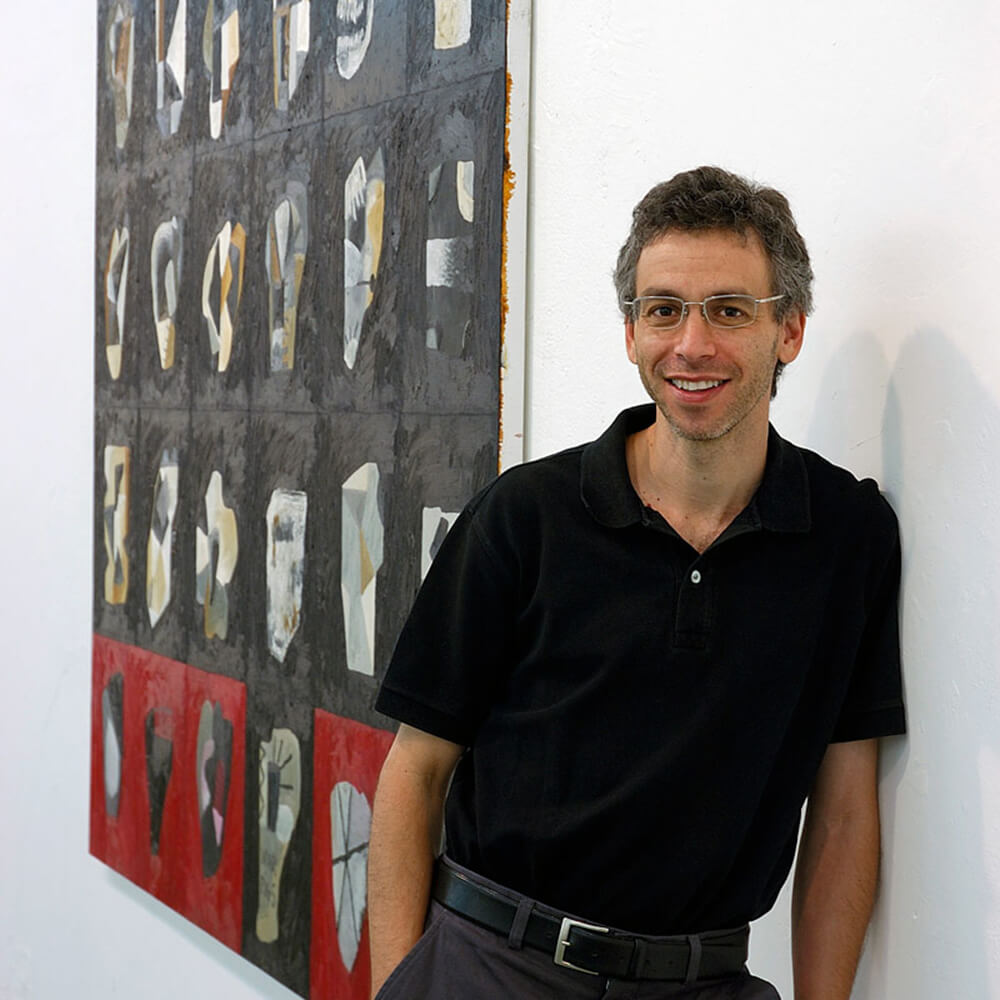 Antonio Malta Campos began his career in 1982 as founder of Atelier Casa 7. This collective (1982-1986) was an initiative of a group of young painters such as Malta, had studied at the Colégio Equipe in São Paulo at 70’s. After one year, Antonio Malta moves to another studio with Maína Junqueira. At the invitation of Gabriel Borba, makes his first exhibition of paintings at the Centro Cultural São Paulo, in February 1985 called “Apartment 13”. In 1987 participates in a group exhibition at MAM/SP: Olho & Óleo. Later, he continues his studies in FAU USP Architecture. He works as an architect until 1997 and then he decides go back to his artist’s career in 1998, exposing at the group exhibition called “Além do Arco Íris” at FAAP. Makes a solo exhibition at Galeria SESC São Paulo in 1999 and two two solos at Virgilio Gallery in 2004 and 2007. In 2012, he exhibited at Centro Cultural São Paulo along with Erika Verzutti and curated by José Augusto Ribeiro. This exhibition was attended by a large number of Antonio Malta paintings, representing his production in the decades of 2000-2010. In 2013 he held a solo exhibition in Marilia Razuk Gallery. In April 2014, the Saatchi Gallery in London opens the Pangaea shows: New Art from Africa and Latin America, with four large Antonio Malta paintings belonging to the Saatchi Collection. In June 2014 makes his first solo exhibition at Gallery Pilar. In December 2014, invited by Jose Damasceno, exposes at Casa França Brasil in Projeto Cofre.