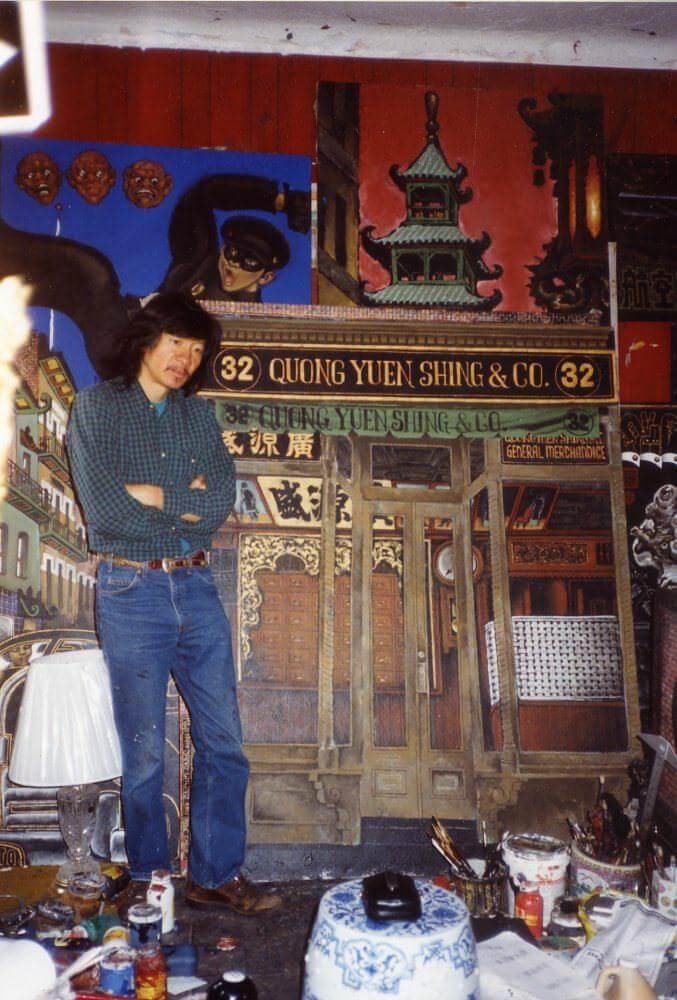 Martin Wong was a painter whose meticulous visionary realism is among the lasting legacies of New York’s East Village art scene of the 1980’s and a precursor of the identity-driven work of the 90’s. He was 53 when he died in 1999 and had lived in San Francisco since 1994. In the heyday of the East Village, where the local styles tended toward graffiti art, neo-Expressionism and late Conceptualism, Mr. Wong carved out a territory all his own. His art was as culturally complex as his appearance, which was usually distinguished by a Fu Manchu mustache and a cowboy hat. And it certainly lived up to his background, which included a degree in ceramics, a stint with a gay performance street troupe in San Francisco and expertise in such diverse areas as Asian painting, calligraphy and decorative arts; American antiques; the gift shop souvenirs of San Francisco’s Chinatown, and graffiti art, which he acquired in such abundance that in 1993 he donated 300 works to the Museum of the City of New York. Martin’s estate is administered by the PPOW Gallery in New York.