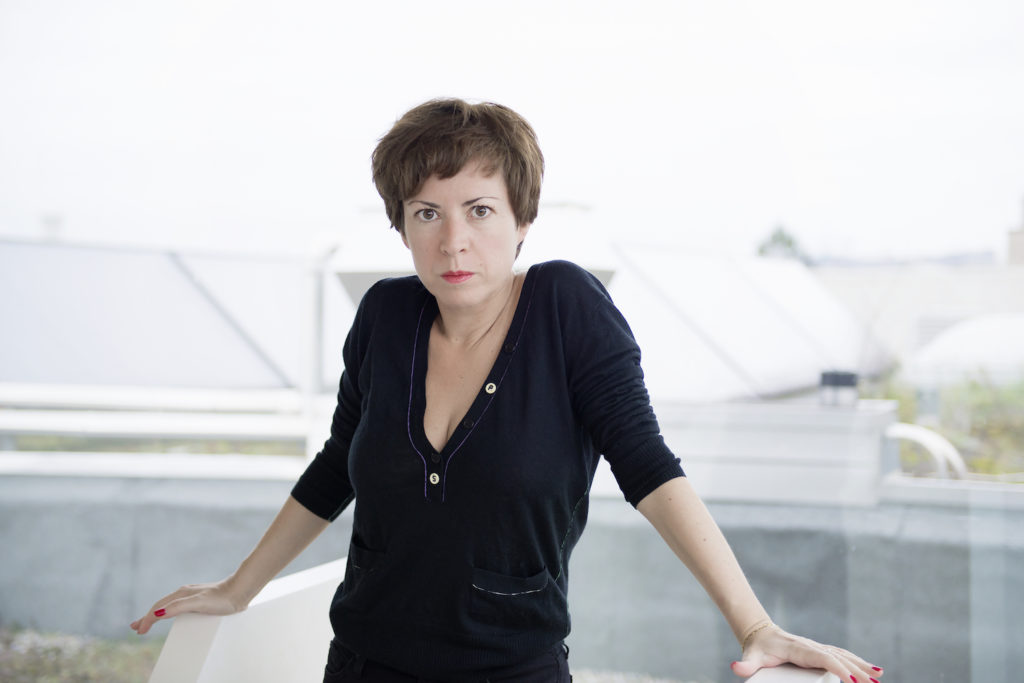 Chus Martínez is head of the Art Institute at the FHNW Academy of Arts and Design in Basel, Switzerland. She is also the expedition leader of The Current, a project initiated by TBA21–Academy (2018–2020). The Current is also the inspiration behind Art is the Ocean, a series of seminars and conferences held at the Art Institute which examines the role of artists in the conception of a new experience of nature. She is currently leading a research project at the Art Institute, supported by Muzeum Susch (opening at the end of 2018), on the role of education enhancing women’s equality in the arts.
Born in Spain, Chus Martínez has a background in philosophy and art history. She previously worked as chief curator at El Museo Del Barrio, New York. For dOCUMENTA(13) (2012) she was head of department, and a member of the Core Agent Group. Other past positions include chief curator at MACBA, Barcelona (2008–2011), director of the Frankfurter Kunstverein (2005–2008) and artistic director of Sala Rekalde, Bilbao (2002–2005). She also curated the National Pavilion of Catalonia at the 56th Biennale di Venezia (2015) as well as the National Pavilion of Cyprus in 2005. She collaborated with Istanbul Biennial (2015), Carnegie International (2010) and the Bienal de São Paulo (2010).
During her tenure as director of the Frankfurter Kunstverein, she curated a solo exhibition of Wilhelm Sasnal and a series of group exhibitions including Pensée Sauvage and The Great Game To Come, among others. She also founded the Deutsche Börse Residency Program for international artists, art writers and curators. While at MACBA, Martínez curated the Thomas Bayrle retrospective, an Otolith Group monographic show, and Are you ready for TV?, an exhibition devoted to television. In 2008 Martínez was the curator of The Unanimous Life, the Deimantas Narkevicius retrospective exhibition at the Museo de Arte Reina Sofia in Madrid, which traveled to major European museums.
Among her recent projects are the exhibitions: Metamorphosis. Let Everything Happen to You, Castello di Rivoli (2018); El Futuro, a special curated section at ARCO, Madrid (2018); John Akomfrah’s Purple at Museo Nacional Thyssen Bornemisza, Madrid (2018); La Fin de Babylon. Mich wundert, dass ich so fröhlich bin!, KölnSkulptur #9 at Skulpturenpark, Cologne (2017–2019); Idiosincracy. Anchovies Dream of an Olive Mausoleum, a one-year exhibition at the Helga de Alvear Foundation in Cáceres, Spain (2016); Undisturbed Solitude, a group show at Kunsthaus Hamburg (2016); and The Metabolic Age (2015–2016) at MALBA in Buenos Aires.
She is also a curator at der TANK, the Art Institute’s exhibition space in Basel where she is in charge of a series of specially commissioned exhibitions including Teresa Solar (2018), Eduardo Navarro (2017), Ingela Ihrman (2017), Mathilde Rosier (2016) and Julieta Aranda (2016).
Martínez lectures and writes regularly, including numerous catalogue texts and critical essays, and is a regular contributor to Artforum among other international journals. Her last text, But still, like dust, I’ll rise, was published in e-Flux Journal.

der TANK
Cultural Institutions in Basel
Related Content
Interviews
Interview between Chus Martinez and Elena Mazzi: ‘I do not desire, I am moved’ at Der TANK, Basel – Read
Art in the times of Coronavirus: an interview with Chus Martínez – Read