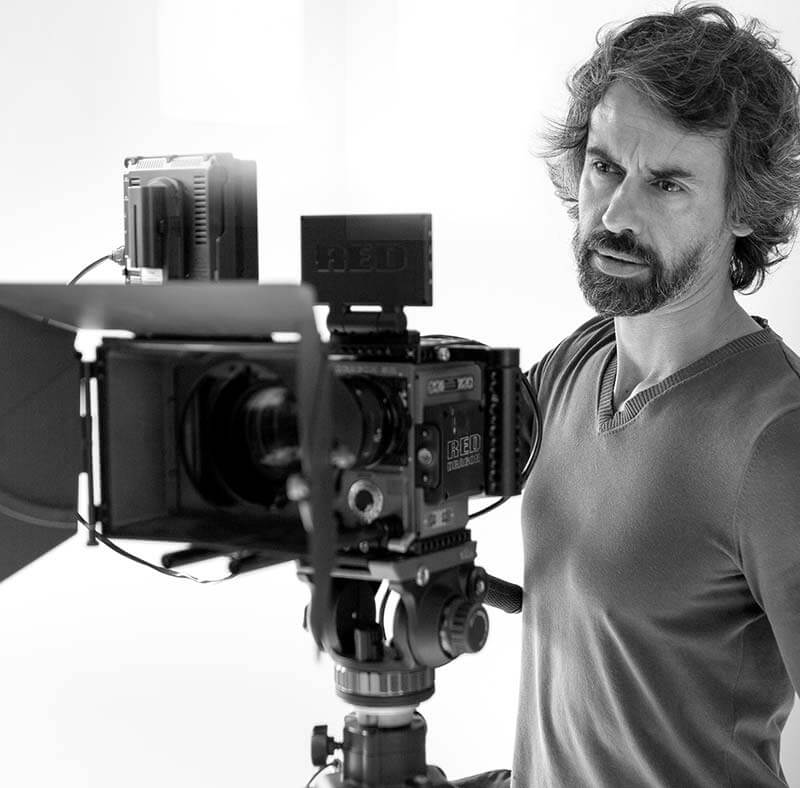 Matteo Mezzadri (Parma, 1973) began his artistic career in the mid-nineties as a self-taught painter. After a degree in political science from the University of Bologna and a master’s in communication design from the polytechnic of Milan, he devoted himself completely to artistic research and photography which he began practicing as an assistant in the studios of several important photographers. In 2009, thanks to a collaboration with the Zimmerfrei and a residency in New York, he approaches video art which immediately becomes an essential tool. His poetics in those years focused on the concept of architecture of ties, with particular attention to the great contemporary metropolises and the complex relational dynamics that characterize them.