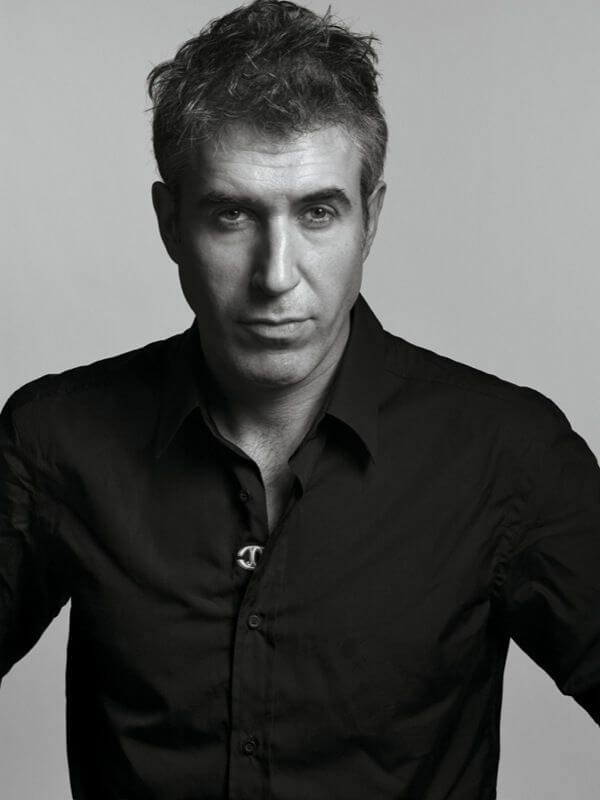 Adam McEwen was born in Great Britain in 1965. He studied at Christ Church, Oxford and California Institute of the Arts, Valencia, CA. He lives and works in New York City.
Adam McEwen’s work resides somewhere between the celebratory and funereal. After writing obituaries for the Daily Telegraph in London, he began producing obituaries of living subjects such as Bill Clinton and Jeff Koons, thus highlighting the blurred line between history and fiction. He is known for paintings employing wads of chewing gum on canvas that reference the bombing of German cities in the Second World War, and for machined graphite sculptures of such banal objects as a water cooler or an air conditioner. His repurposing of the over-familiar creates momentary ruptures, which in the words of one writer “jolt us temporarily out of our indifference, owing to over-exposure, toward the signs that dominate our daily lives.”
McEwen’s work has been included in numerous group shows including “Haunted,” Solomon R. Guggenheim Museum, New York (2010); “Beg, Borrow and Steal,” Rubell Family Collection, Miami (2009); “The Reach of Realism,” MoCA Miami (2009); “Into Me/Out of Me,” PS1 / MoMA, New York; and the 2006 Whitney Biennial.
McEwen has curated various projects and exhibitions including “Power, Corruption and Lies,” (with Neville Wakefield; Roth Horowitz, New York, 2004); “Interstate” (Nicole Klagsbrun Gallery, New York, 2005) and “Beneath the Underdog” (with Nate Lowman; Gagosian Gallery, 2007). In 2010 he curated “Fresh Hell” at the Palais de Tokyo, Paris, as the third installment of their Carte Blanche series.