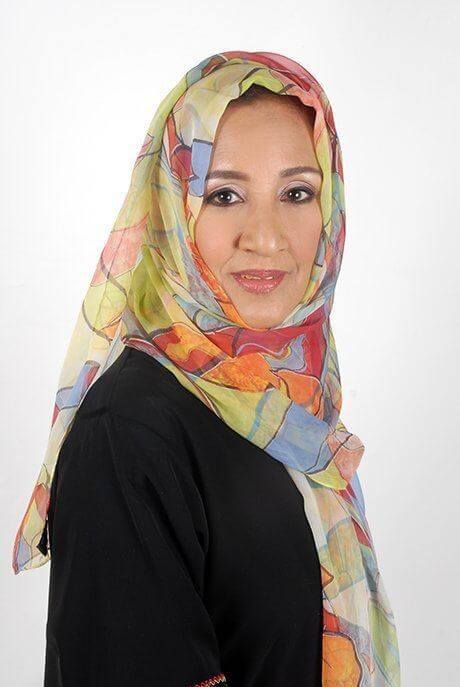 Emirati artist Najat Hassan Meky lives and works in Dubai. Born in the UAE in 1956, Meky was the first Emirati woman to be granted government scholarship to study art abroad.
Her works reflect on the value of society, culture and tradition, with the female figure being prominent throughout her paintings.
Meky plays with colours, subjects, shapes, lines and symbolism to express and trigger emotions. She considers all her work to be connected to environment and paints nature in vibrant colours to create visual rhythms.
She has exhibited extensively in the region, including at Sharjah Art Museum in 2011, which also produced a comprehensive publication on her work. Internationally, she has participated in numerous prestigious art events around the world, including the Fourth International Beijing Biennial (2010); the China International Sculpture Symposium (2008); the International Art Festival in Korea and the Middle East (2010); and the Teheran International Biennial.
Meky has been the recipient of numerous awards, including the Artist’s Award at the Arab Woman Awards (2013); the UAE Award of Culture and Arts (2008); the Al Owais Award of Culture and Science (1994); the first edition of the Sharjah Biennial Award (1993); and an award from the first Al Ain Plastic Arts Exhibition (1991).
Meky is also a member of numerous cultural societies and organizations, including the Emirates Fine Arts Society, the GCC Art Friends Group, Al Jidar Fine Arts Group, and Al Iyab Fine Arts Society.
Najat Hassan Meky is one of the artists representing the country at the UAE National Pavillion during the 56th Venice Biennale.