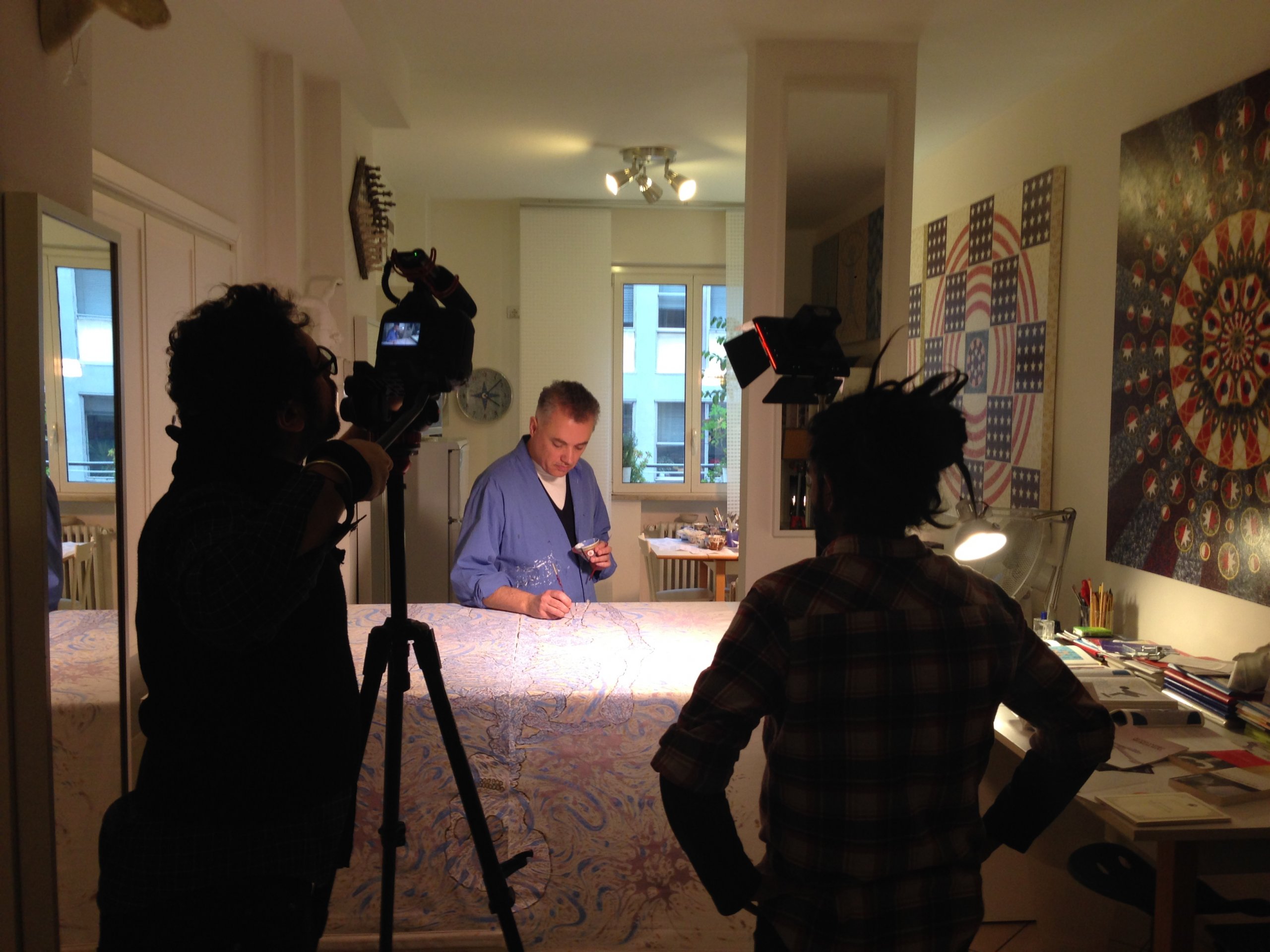 Alessandro Moreschini was born in Castel S. Pietro Terme (BO) in 1966, living and working in Bologna, Italy. Moreschini obtained the Diploma of Applied Art at the Art Institute in Bologna and the Degree D.A.M.S. (History of Art) at the University of Bologna. From the late 90s, the artist exhibited in Italy and abroad, presenting works where the painted surface translates into ornamental textures, highlighting the loss of the western aesthetic canon in the globalized world. At the basis of his artistic research, there is the consideration that contemporary society is increasingly characterized by a general aestheticization of daily life, to the disadvantage of the previous concern of growth of ethical behaviour in social life. In other words, as the French sociologist Yves Michaud said, the interest in beauty in all its forms (aesthetics) allowed all areas of our life to be absorbed by our social responsibility and civic commitment (ethics). The artist’s works are present in the permanent collections of PART Palazzi dell’Arte in Rimini, at the Mambo Museo Arte Moderna in Bologna and in the Collections of Art and History of the Carisbo Genus Bononiae Foundation.