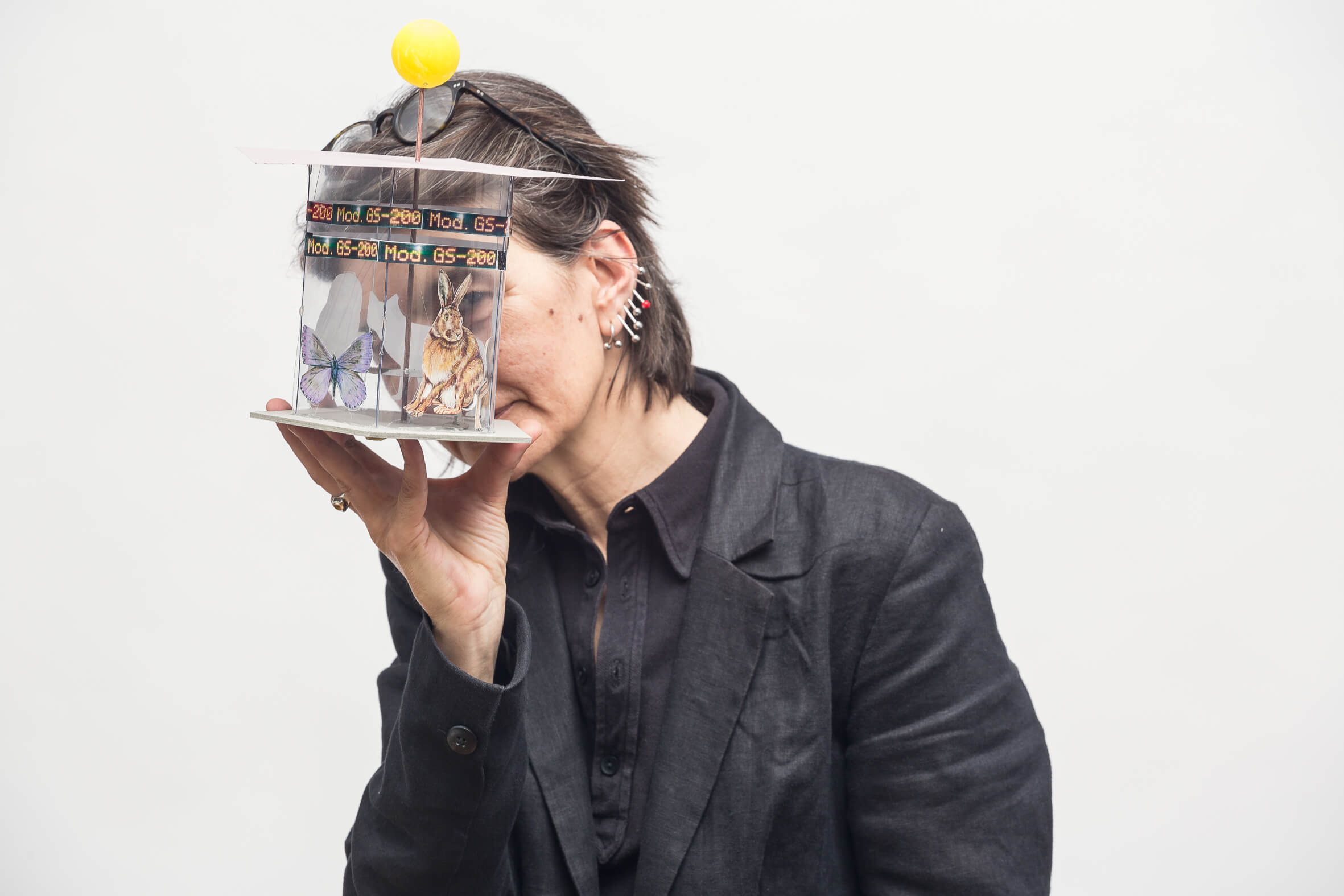 When one is confronted with Liliana Moro’s work, one perceives that only what is strictly necessary is present. Sound, words, sculptures, objects and performances make up a world that “stages” a reality that is both raw and poetic. They are the territories of an individual experience (that of the artist but above all of the spectator) that invite us to go beyond what is visible. The reduction to the essential is to be understood as an attitude, a practice and a position, it is not the revival of the minimal language, instead it is a way of working that the artist puts into practice both when choosing to elaborate techniques, and in the choice of existing materials or everyday objects. One of the elements that plays a prominent role in Liliana Moro’s research, is the political dimension that does not translate into the illustration of content, but is instead implicit in the way her work relates to the viewer, for example when she places and distributes her work on the floor, she asks the viewer to lower themselves down to the level of the work in order to properly see it. Freedom of action is an important aspect of Moro’s work but this only partly defines it: what produces the most interesting difference is the relationship between the universe of possibilities and the multi-level tension – both physical and poetic – generated by this relationship.
Moro (Milan, 1961) lives and works in Milan. She graduate from the Academy of Fine Arts of Brera in Milan. In 1989, together with other artists, she founded the Spazio di via Lazzaro Palazzi in Milan, a non-profit exhibition space, (1989/1993); she participated in the editing of the magazine Tiracorrendo which closed in 1993.