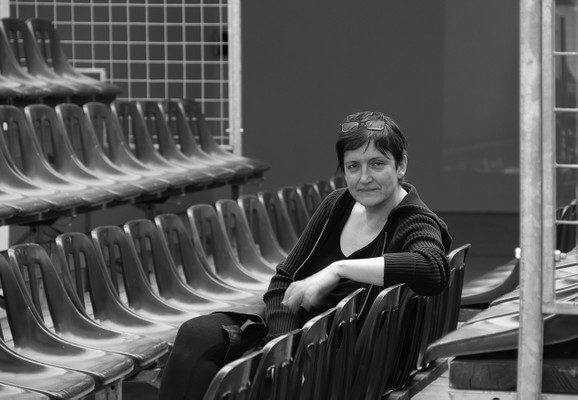 Ilona Németh is an artist, organizer and curator based in Slovakia and Hungary. She is professor at the Academy of Fine Arts and Design in Bratislava, leading Studio IN and International education program Open Studio at the Department of Intermedia. In 1986 she graduated from the Hungarian University of Arts and Design Department of Typography and Typographic Art, Budapest. In 2006 she defended her doctoral thesis at the Hungarian Academy of Fine Arts, Budapest. 2008 she was Fulbright Scholar at the New York University, New York. Last scholarships include: Hungarian Academy in Rome (2010); AIR-Artist in Residence program, Niederösterreich, Krems (2012); The Bogliasco Foundation, Italy (2016). While in the nineties her work concentrated mostly on body politics, installation art and visual pregnancy, starting with the early 2000’s she has turned to public art and socially engaged work. The question of identity, the relationship between private history, politics and ideology, issues of the public space and a contextual approach are main characteristics of her art up to the present. In 2001 Ilona Németh exhibited Invitation for a Visit in the Pavilion of the Czech and Slovak Republic at the Venice Biennial (with Jiří Surůvka) and she participated in editions of Prague Biennale (2005, 2007, 2011). Since 1990 she has participated in a wide range of international exhibitions.

Exhibitions
The Travellers
The exhibition “The Travellers: Voyage and Migration in New Art from Central and Eastern Europe”...
14 May 2016 - 21 Aug 2016
Zachęta National Gallery
Warsaw

Exhibitions
CZECHOSLOVAKIA / A Critical Reader
At the occasion of 25th anniversary Gandy gallery is pleased to announce the opening of a group show...
15 Mar 2017 - 12 May 2017
Gandy gallery
Bratislava
Art Spaces