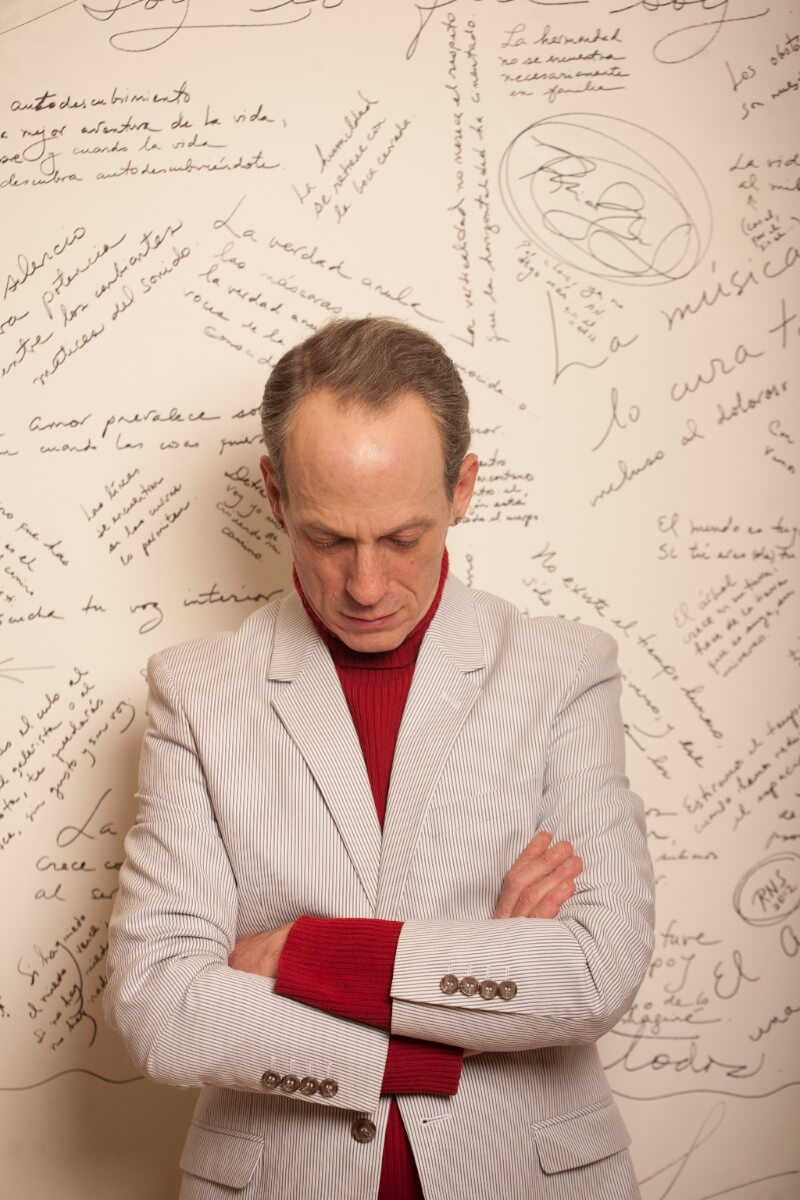 Born in Mexico City, in 1982 the artist moved to NYC to study Film at NYU, where he obtained his BFA in 1986. In New York he also studied music composition at The Julliard School (1989) and at The Music Center (1983-1989). Premiered his own piano compositions twice (1987 & 1988) at the Weill Recital Hall of Carnegie Hall, NYC. Later on, Nicolayevsky studied “Creative Writing” at SOGEM, Mexico City (1997-1998). Since the beginning of the 80’s till today, he has produced more than 100 shorts on film and video, for which he also composed the music. The artist has also been involved in performance and cabaret.