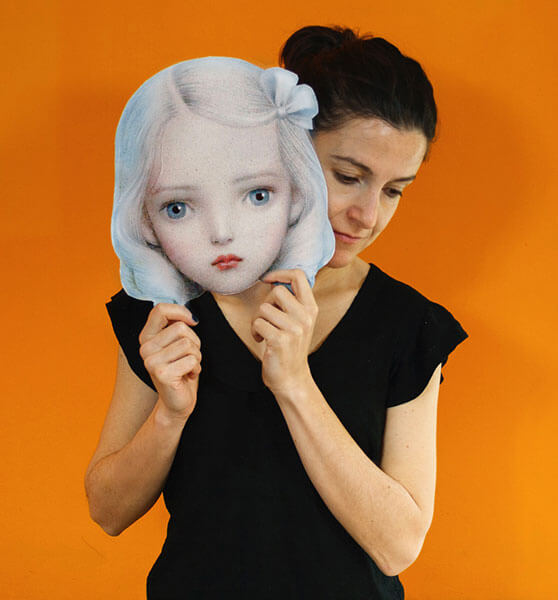 Nicoletta Ceccoli was born in and lives in the Republic of San Marino and studied animation at the Institute of Art of Urbino in San Marino. She started working as an illustrator in 1995[2] and has illustrated many books, including Cinderella and The Girl in the Tower, written by Lisa Schroeder. Her work has been exhibited and sold internationally, with many high-profile clients such as Vogue and United Airlines. Ceccoli was awarded the Andersen Prize, “honouring her as the best children’s book illustrator in Italy”, in 2001. Other prizes are the Society of Illustrators of New York and four prizes for Excellence in the Communication Arts. In 2008 she worked as the character designer for a 3D animated French film, “La mecanique du couer” under the direction of Mathias Melzieau. Ceccoli has participated in 11 group exhibitions and has had nine solo exhibitions of her work.