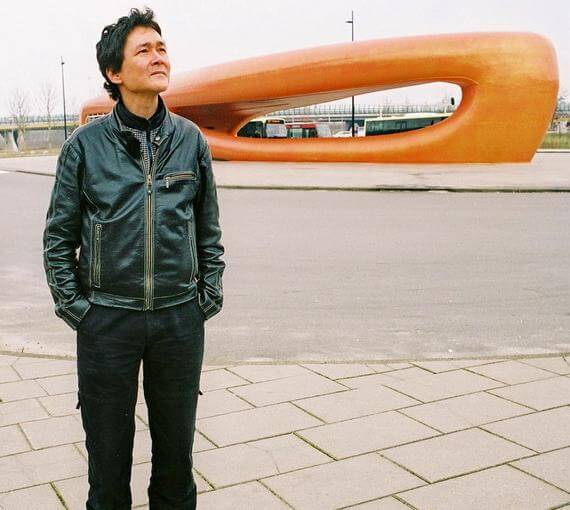 Maurice Nio (1959) graduated cum laude as an architect in 1988 at the Faculty of Architecture of the Delft University of Technology on a villa for Michael Jackson, the most curious final project of that year. This project has been of vital importance to his hybrid approach. Through a mixture of mythological and pragmatic mental processes, cryptic and at the same time utterly transparent design strategies, he has realized projects at BDG Architekten Ingenieurs (1991-1996), such as the enormous waste incinerator aviTwente.
At VHP stedebouwkundigen + architekten + landschapsarchitekten (1997-1999) he realized the Zuidtangent, the longest high-quality public transport line in Europe.
As from January 1st, 2000 he operates from his own design studio NIO architecten and currently works on the most beautiful shopping centre in the world and the most obscure houseboat in the Netherlands. Maurice Nio gives many lectures home and abroad, but has decided he no longer wants to be a teacher on art schools, academies or universities, and would like to design books again, or make his eighth video production, or else write new articles on urban development, architecture, film, video, television, photography or dance. Achievements anyway are his books You Have the Right to Remain Silent (1998) and Unseen I Slipped Away (2004).