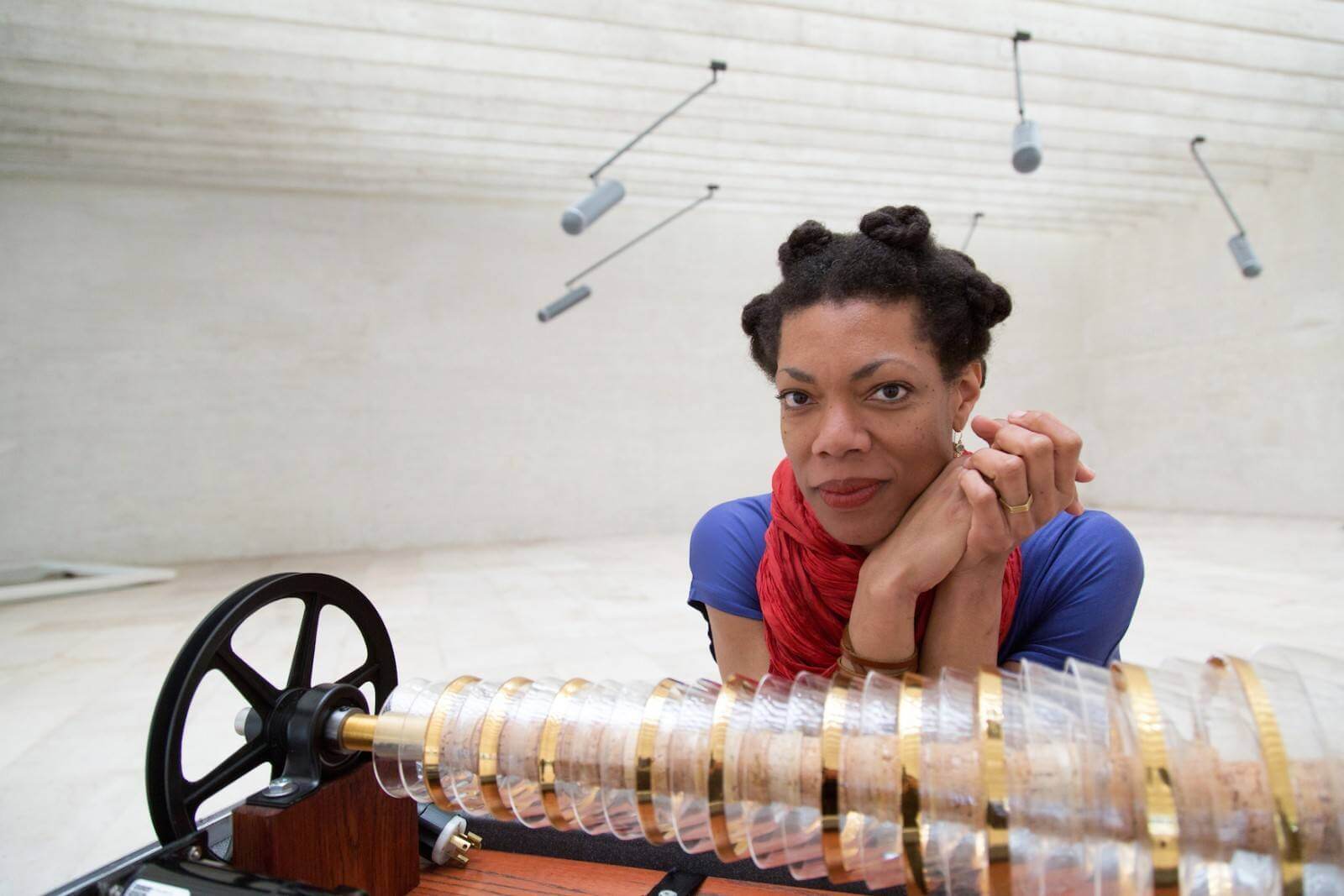 Multi media artist Camille Norment often uses the notion of cultural psychoacoustics as both an aesthetic and conceptual framework. She defines this term as the examination of socio-cultural phenomena through sound and music, and the contexts in which they are produced. She applies this concept towards the creation of critical works that consciously interweave the formal and the contextual.
Her artwork utilizes forms including sound, installation, light sculptures, drawing, performance, and video, all united by a preoccupation with the way in which form, space, and the body of the viewer create aesthetic and conceptual experience. She seeks to engage the viewer as a physical and psychological participant in the work and as such, is interested in creating experiences that are both somatic and cognitive. While highly concerned with aesthetic experience, the work simultaneously spans the thresholds of the social and the political, often utilizing specific cultural symbols as ‘quiet’, but potent elements in the work. Her investigations do not reflect the boundaries of a singular cultural agenda or perspective, but rather the latent, continual dialogs, intersections, and contradictions from various social realms. As such, a singular element specifically charged in one context is expanded to reveal a macrocosm of contextual interpretations. Ambivalent cultural memories are condensed into physical, spatial, and temporal experiences that have the hallucinatory qualities of psychological atmospheres.