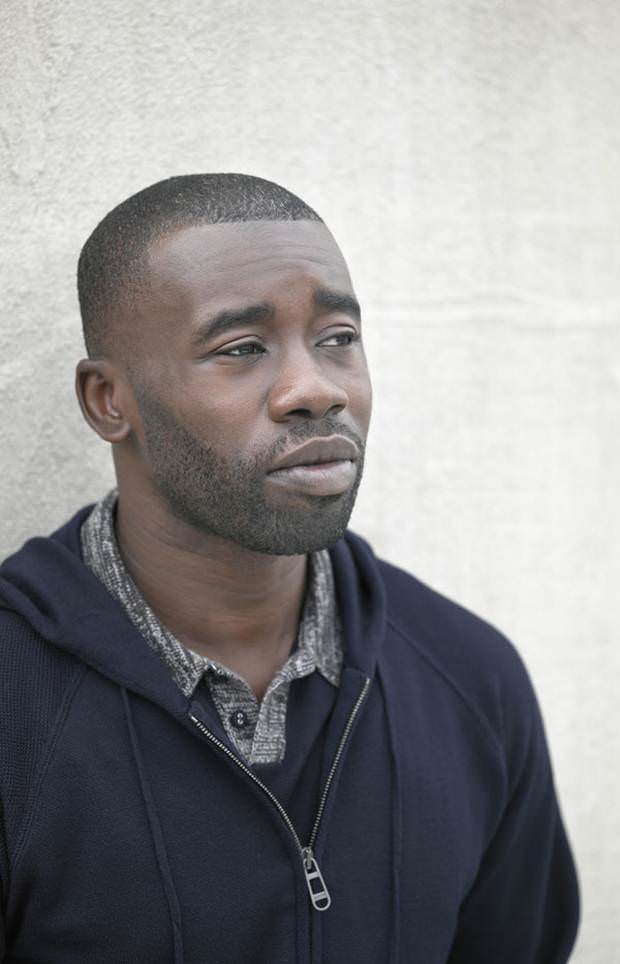 Since the mid-1990s, Chris Ofili has become well known for his vibrant, technically complex, and meticulously executed paintings and works on paper. While his early works were predominantly abstract, involving intricate patterns and colors, he has since developed a signature figurative style that bridges the gap between the sacred and the profane, and by extension, between high art and popular culture. His works center around the relationship between form and content: often using several layers of paint, resin, glitter, collage elements, and occasionally, elephant dung, Ofili enlists sexual, cultural, historical, and religious references to create uniquely aesthetic and physical works that expose the darker undercurrents of society, while also celebrating contemporary black culture. Drawing on a wide range of sources—from “blaxploitation” movies, the Bible, jazz and hip hop music, comic books, Zimbabwean cave paintings, and the works of artist and poet William Blake—Ofili’s subject matter frequently employs racial stereotypes in order to challenge and reinterpret them.
Born in 1968 in Manchester, Ofili received his B.F.A. from the Chelsea School of Art in 1991 and his M.F.A. from the Royal College of Art in 1993. In 2005, the artist joined David Zwirner, where he has had two solo exhibitions at the gallery in New York.
Encompassing paintings, drawings, and sculptures from the past two decades Chris Ofili: Night and Day is the first major museum solo exhibition of the artist’s work in the United States. The show was organized by the New Museum in New York, where it was first presented in 2014, and will travel to the Aspen Art Museum in Colorado in 2015.
Work by Ofili has been the subject of solo exhibitions worldwide, including recent shows at The Arts Club of Chicago (2010); Tate Britain, London (2010 and 2005); kestnergesellschaft, Hanover (2006); and The Studio Museum in Harlem, New York (2005). He represented Britain in the 50th Venice Biennale (2003). He won the prestigious Turner Prize in 1998, the first time in a decade a painter had won.
His works are represented in prominent collections internationally, including the British Museum, London; Carnegie Museum of Art, Pittsburgh, Pennsylvania; Museum of Contemporary Art, Los Angeles; The Museum of Modern Art, New York; Tate Gallery, London; Victoria and Albert Museum, London; and the Walker Art Center, Minneapolis, Minnesota. He lives and works in Trinidad.