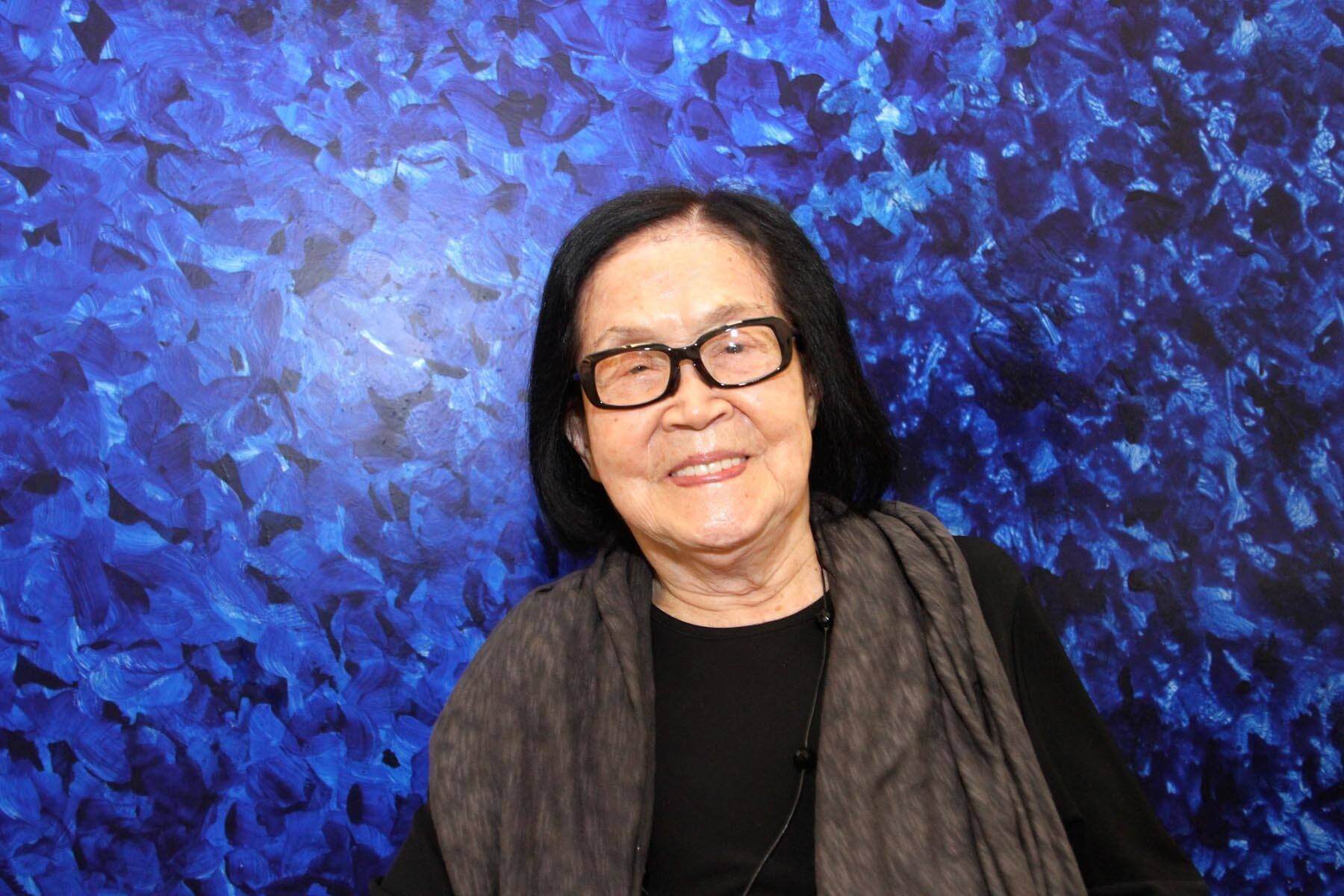 Tomie Ohtake was born on 21 November 1913, in Kyoto, Japan, where she would go on to complete her studies. In 1936 she traveled to Brazil to visit one of her five brothers. When the Pacific War broke out she was prevented from returning to Japan and made a new life for herself in Brazil. She married and had two children, and would only begin to paint aged almost 40, on the encouragement of the Japanese artist Keiya Sugano.
Her career would really take off in her fifties, with several solo exhibitions and awards from almost all the Brazilian Art Salons. Over the course of her many years working as an artist, she was featured in 20 International Biennales (six in São Paulo, one of which was awarded the Itamaraty Prize, as well as in Venice, Tokyo, Havana, and Cuenca, to name but a few), had more than 120 solo exhibitions staged (in São Paulo and 20 other Brazilian capitals, as well as in New York, Washington DC, Miami, Tokyo, Rome, Milan and beyond), participated in almost 400 collective shows in Brazil and abroad, and won 28 awards.