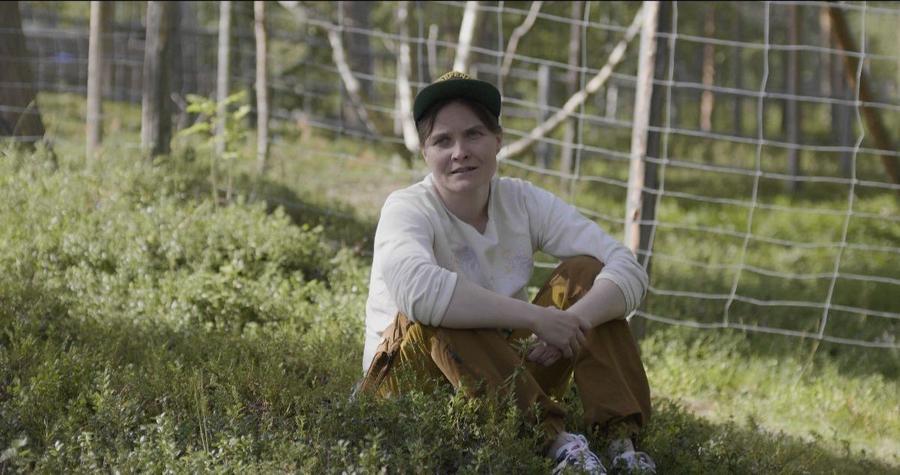 Pauliina Feodoroff (b. 1977) is a Skolt Sámi theatre director, artist and nature guardian from Keväjäu ́rr in the Finnish part of Sápmi and Suõ ́nnjel, in the Russian part. She connects various fields of knowledge – Sámi, artistic, scientific – in theatre and film projects and also in political activism and ecological restoration projects. She is known for the film “Non Profit“, 2007, and the play “CO2lonialNATION” that premiered at Giron Sámi Teáhter, 2017, which questioned colonisation and its consequences in Sápmi through a Theatrical Truth Commission. She gained a Masters in theatre direction and dramaturgy from the Helsinki Theatre Academy in 2002 and has worked as the artistic director of Takomo Theater and the Rospuutto Theatre Group, both in Helsinki, Finland. For the theatre festival Baltic Circle Helsinki in 2017 she curated the artistic and discursive program “Vuosttaš álbmogat / First Nations” which concentrated on colonisation in the Nordic countries. Several Sámi artists, including Anders Sunna, participated in the program.