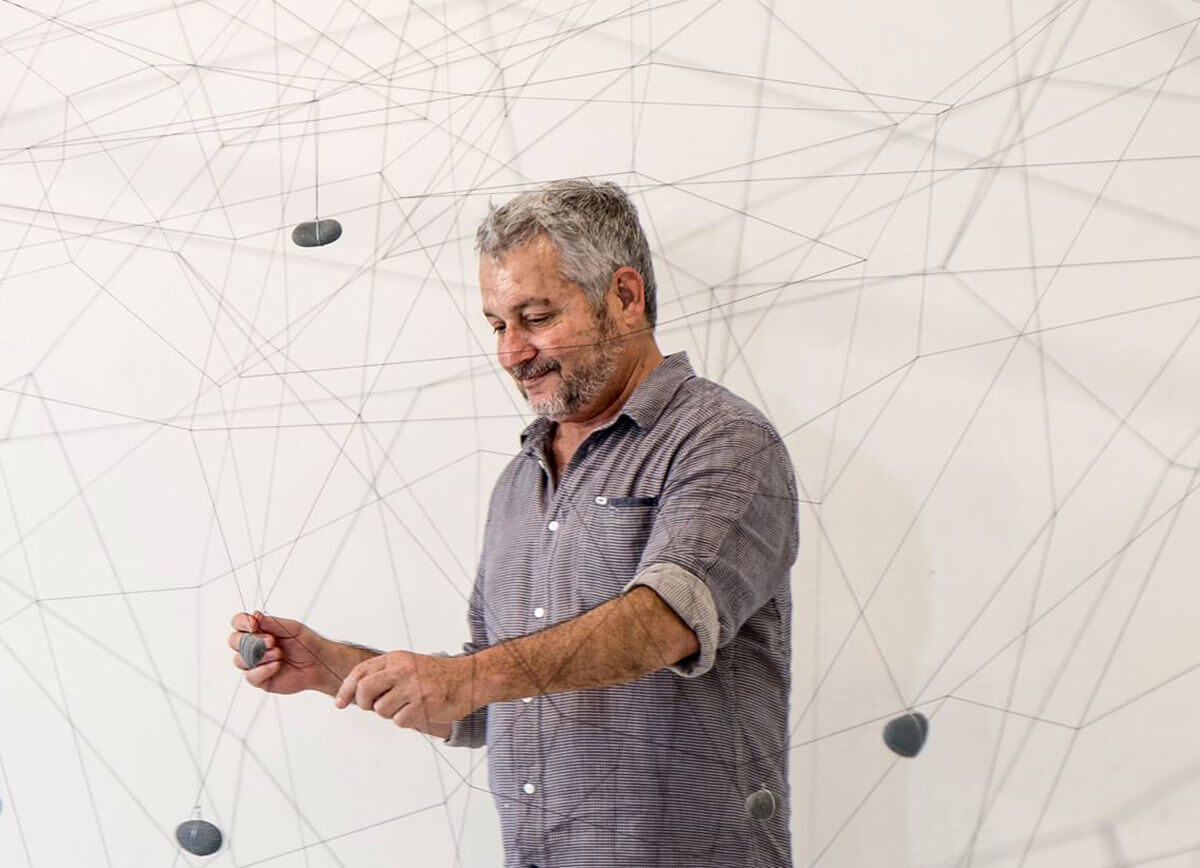 Since the late 1970’s Perez Monzón participated in several group exhibitions.
Alongside the artist Ricardo Brey, the first Pérez Monzón’s solo exhibition took place at the Casa de Cultura de Jaruco with the title Luna Llena (1980). And a year later his Serie A-Serie B was presented at the National Museum of Fine Arts in Havana.
Pérez Monzón works were also included in the Salon de Mayo and represented Cuba at the Paris Biennial in 1982. The national and international relevance of his work was unquestionable and described in the book New Art in Cuba (1991), written by the German-born Uruguayan artist and critic Luis Camnitzer.
Pérez Monzón, who was one of the artists participating in the legendary exhibition Volumen Uno (1981), gave up painting in the late 80s by his own decision. Since then, he dedicated a big part of his professional life to teaching arts. In the early 90s he moved permanently to Mexico where he still resides. Today he is the director of the Academia Morelense de las Artes (Fine Arts Academy in Morelos State) in Cuernavaca, Mexico.
Gustavo Pérez Monzón’s work is related to conceptualist tradition. But it is also influenced by geometric abstraction, abstract expressionism, and Lucio Fontana’s spatialism, intending to synthesize diverse references into a quite personal artistic proposal, focused in mathematics and numerology as starting point