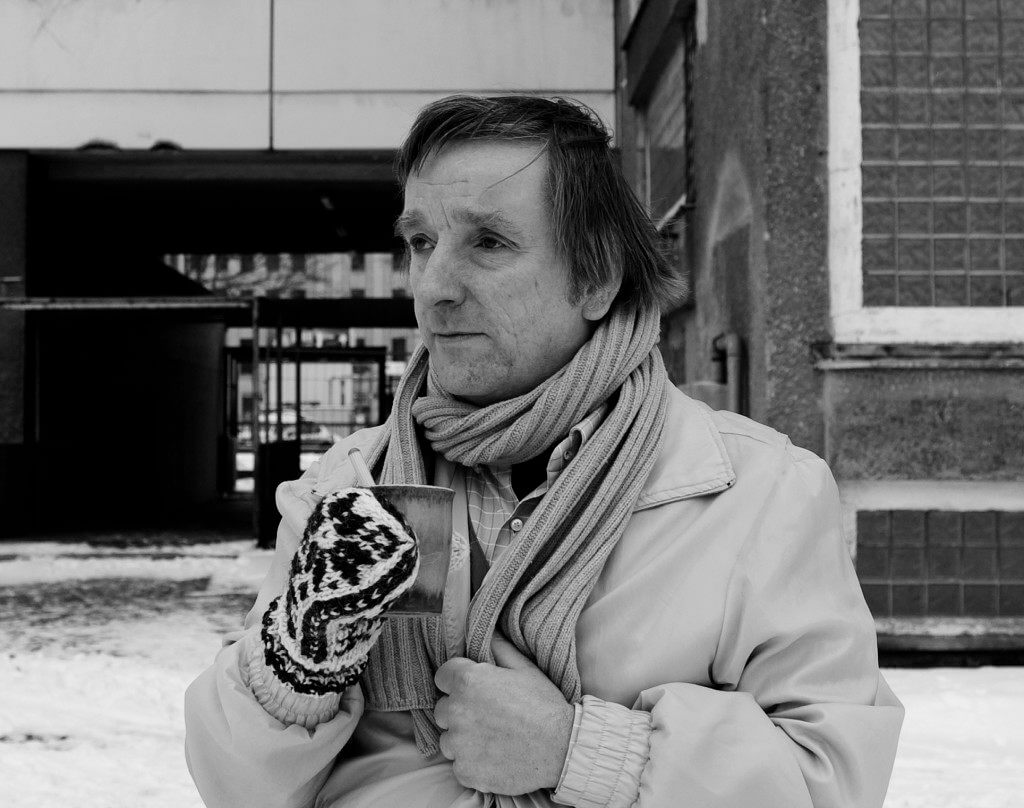 Manfred Pernice was born in 1963 in Hildesheim, Germany. He studied at the Institut für Bildende Kunst in Braunschweig from 1984 to 1987 and at the Universität der Künste in Berlin from 1988 to 1993. Since the early 1990s, the Berlin-based artist has created sculptural vessels with scales, materials, and aesthetics derived from the worlds of architecture, shipping cargo, and mass packaging; these works serve as complex, open-ended meditations on the increased segmentation, containment, and, to use Pernice’s term, “canning” of objects and space. His seemingly slapdash sculptures are often juxtaposed with sketches, maquettes, photographs, text and, more recently, video to create systems of meaning. Soon after his solo exhibition at the Galerie NEU in Berlin in 1995, Pernice was invited to participate in international exhibitions such as the Lyon Biennale of 1997 and Berlin Biennale of 1998. At the latter, Pernice presented Tatlintower (1998), a roughly assembled wooden structure that served as the artist’s commentary on Tatlin’s Monument to the Third International (1919). Pernice’s Fiat (1997) is an unfinished, continuously changing installation, which has assumed numerous compositions and even comprised different objects since its original exhibition in Künstlerhaus Stuttgart. Sekretär (1999) suggestively evokes architectural space and domestic furniture. The jutting sculptures in Pernice’s installation Klagenfurt u.A. (1999) become spires or monuments in the distance when the viewer reads the juxtaposed texts written by Ingeborg Bachmann that describe landscapes. With 1a Dosenfeld ’00 (2000), Pernice presented a field of cans and containers at Portikus in Frankfurt. Infrastructure (2000), an installation at the Institute of Visual Arts in Milwaukee, imparts a loose, fragmented narrative about a butcher who moved from Germany to Milwaukee through chipboard sculptures, images, text, and film.
Pernice again responded specifically to the environment of the host institution in Untitled (Wonderland) (2003), presented at MASS MoCA and the Society for the Preservation of New England Antiquities (SPNEA), by incorporating objects from SPNEA and elements from his residence near Boston’s Wonderland subway station. In 2003–04, prior to the renovation of Berlin’s U5 metro line, which served as East Berlin’s central subway line, Pernice employed sculpture, film, and photography to document his last ride on the line before its closure. Also in 2004, Pernice playfully referenced the advertisement from which Kurt Schwitters derived the term “Merz.” for his exhibition Commerzbank. The series exscape (2006) comprises eight sculptures evoking the inner landscape described by Yves Tanguy and R.D. Brinkmann. In Diary (2008), Pernice incorporated autobiographical references in his installation of platforms and dated sculptures, each corresponding to an event described in a nearby text.
Solo exhibitions of Pernice’s work have been organized by Musee d’art moderne de la Ville de Paris (1998), Portikus in Frankfurt (2000), Hamburger Bahnhof in Berlin (2000), Sprengel Museum Hanover (2001), Pinakothek der Moderne in Munich (2003), The Modern Institute in Glasgow (2006), and Neues Museum in Nuremberg (2008). His work has also been included in major exhibitions such as Lyon Biennale (1997), Berlin Biennale (1998), Manifesta 3 (2000), Documenta 11 (2001), Venice Biennale (2001 and 2003), Seville Biennale (2006), Skulptur-Projekte Münster (2007), and Carnegie International (2008). Pernice currently teaches at the Academy of Fine Arts Vienna and lives and works in Berlin.