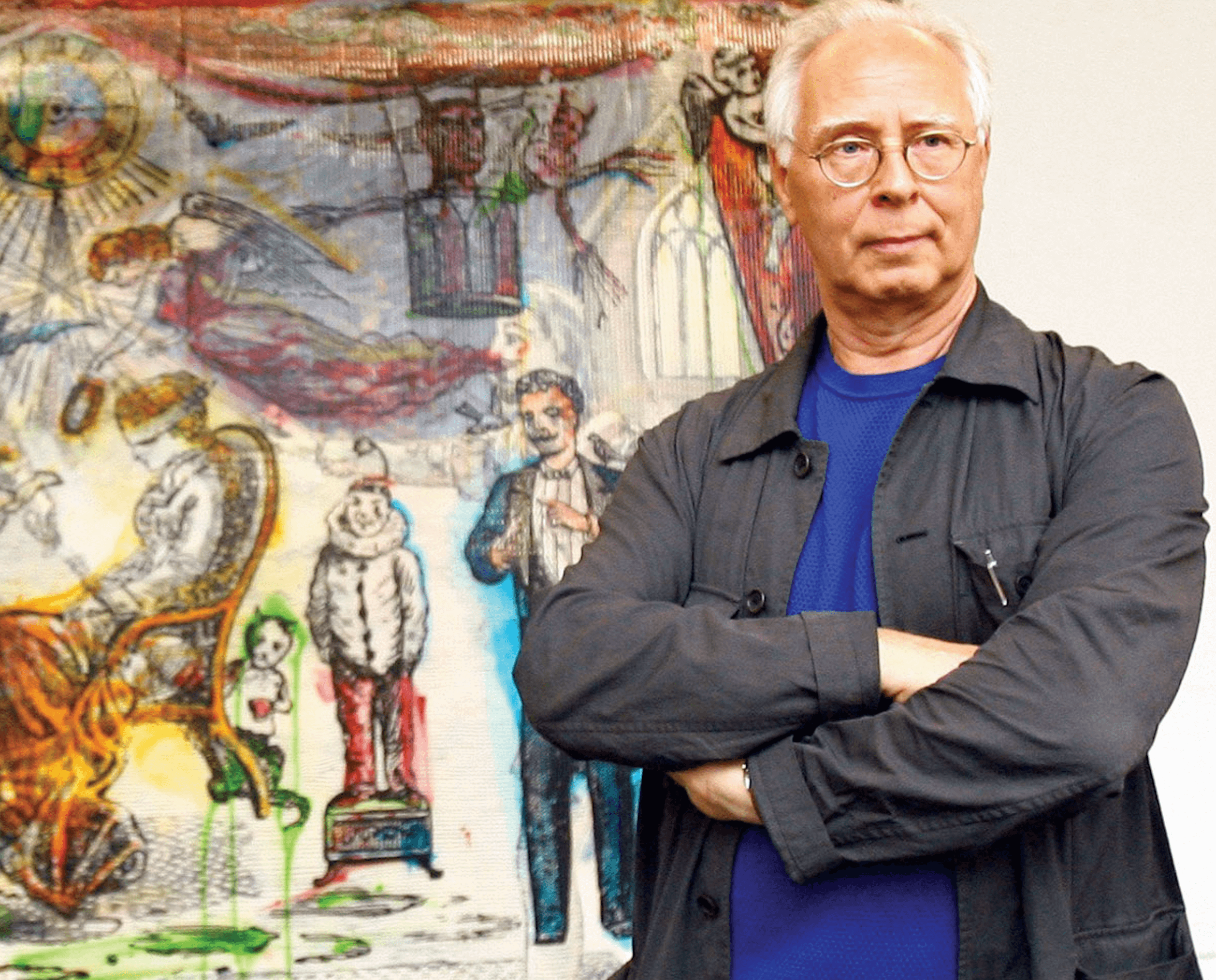 Sigmar Polke (German, 1941–2010) was a painter, photographer, and printmaker one of the founders of the Capitalist Realist movement in the 1960s. Polke was born in Olesnica, in present-day Poland, and in 1953 moved to Willich, Germany, where he apprenticed as a glass-painter. He then studied at the Düsseldorf Academy of Art, and showed the first of his Capitalist Realist works, which were ironic responses to Social Realism and Pop Art, in a 1963 exhibition he organized with fellow artists Gerhard Richter and Konrad Fischer-Lueg. Eliciting commentary on the lifestyle and conventions of the German middle class, these early pieces already displayed Polke’s hallmark wit and irony. The works incorporate everyday and mass-produced objects, which corresponded with the cheap surfaces on which he painted, such as wallpaper or fabric, as well as his use of offset printing techniques.
Polke also used a print raster aesthetic, which he called a “grid” technique, in which he painted enlarged images of magazines and newspapers on canvas, mixing art historical motifs with commercial imagery. In the 1970s, Polke travelled extensively and worked increasingly with photography, using photographs taken in Pakistan and Afghanistan as the source material for later paintings. From 1977, Polke was a professor at the Academy of Fine Arts in Hamburg, a position he held until 1991. In his large gestural paintings from the 1980s, Polke worked with both traditional and unusual materials, using chemicals, varnishes and mixtures of pigments, solvents and toxins in his work. He exhibited his work at the documenta 5, 6, and 7 exhibitions in Kassel, and had several international retrospectives. Polke’s last work was the renewal of the glass windows of the Großmünster cathedral in Zurich between 2006 and 2009, before he died of cancer in 2010.