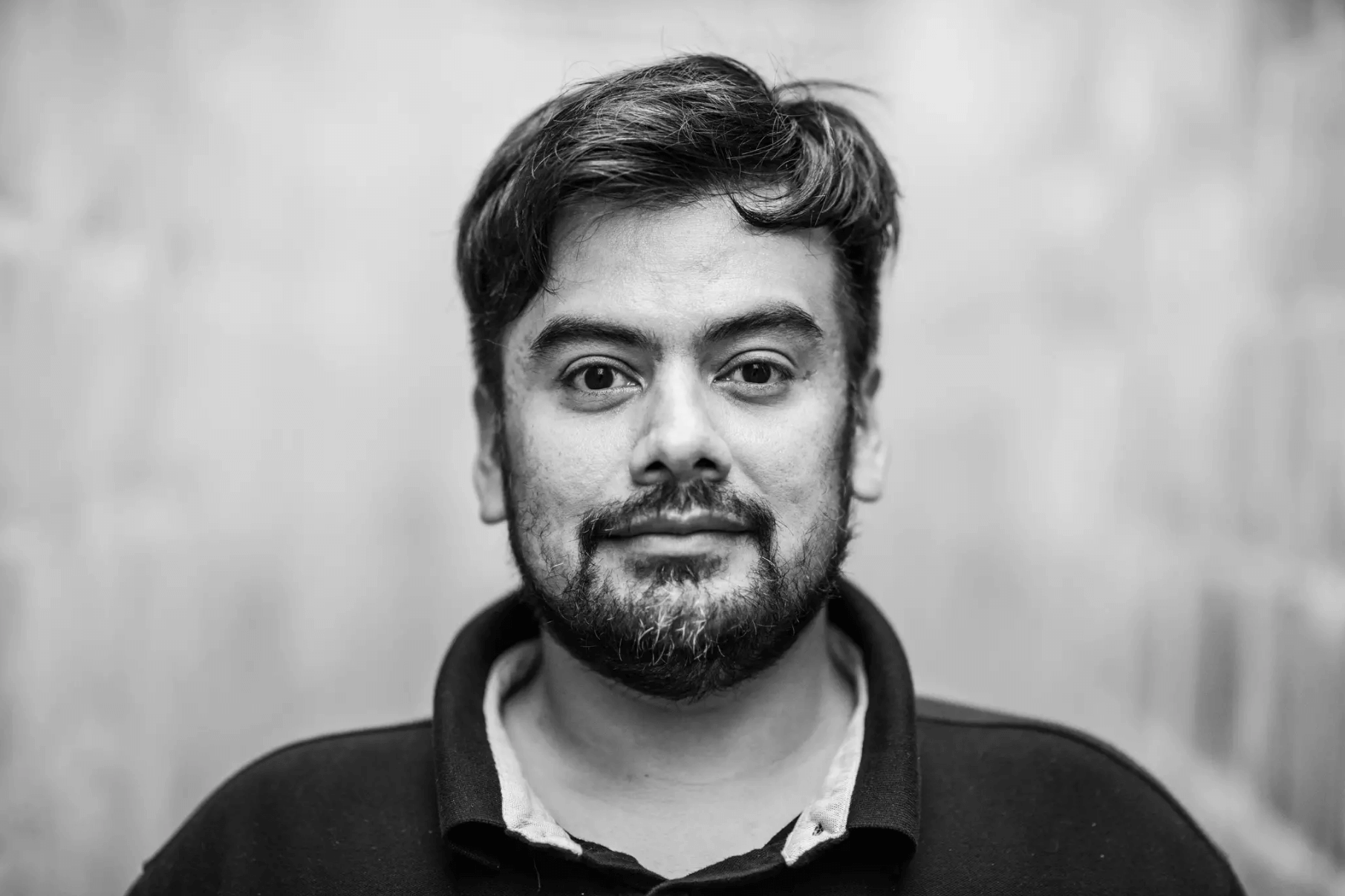 Naufus Ramírez-Figueroa holds a BFA from Emily Carr University, an MFA from the School of the Art Institute of Chicago, and was a post-graduate researcher at Jan Van Eyck Academie in 2013. The Guatemalan civil war (1960-96) is a recurring subject in his work, which although often softened by an absurd and humorous approach, fails to conceal the force of history that precedes it.
Ramírez-Figueroa has participated in various solo and group exhibitions including Rendez-Vous at the 13th Lyon Biennale; the 53rd Internationale Kurzfilmtage Oberhausen; Home Works IV (Ashkal Alwan, Beirut, Lebanon), Illy Present Future 2013 (Castello di Rivoli, Italy), A History of Interventions (Tate Modern, UK), Beber y Leer El Arcoiris (Casa América, Madrid) and in 2014 created a new installation of sculptures for the 10th Gwangju Biennale. He is a recipient of a Guggenheim fellowship, a Franklin Furnace award, and an Akademie Schloss Solitude fellowship, and this year won the ARCP Comunididad de Madrid for young artists at ARCO 2015.
Future projects include a residency at DAAD (Berlin, Germany), a solo exhibition at Gasworks (London, UK), and commissions for new performances from the Tate Modern and If I Can’t Dance I Don’t Want to be a Part of Your Revolution (Amsterdam, NL). Ramirez-Figueroa lives and works in Guatemala City, Guatemala.