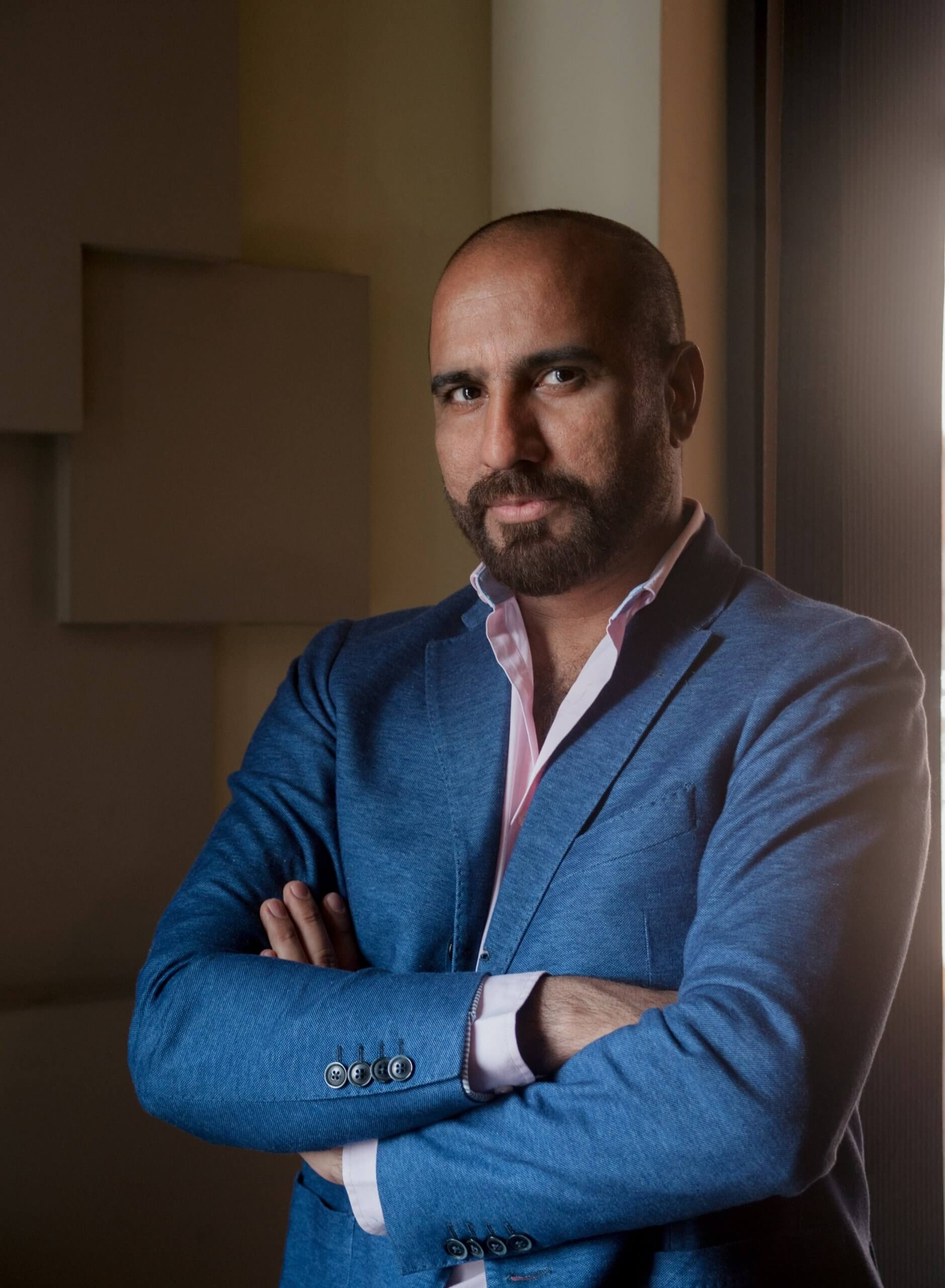 Rashid Rana first came to prominence in South Asia alongside artists such as Subodh Gupta, before gaining wider, international exposure after the millennium. In his photography, sculpture and digital printmaking, Rana transposes imagery from one time and place to another, through manipulation, repetition and rearrangement. His early photomontages – originally made by painstakingly reconfiguring tiny squares of imagery into micro-mosaics by hand, latterly by using computer software – superimposed hardcore pornography on to the silhouette of the burqa (Veil, 2004) and turned hundreds of graphic slaughterhouse snapshots into facsimiles of Persian rugs (Red Carpet, 2007). Rana’s telescoping of politics, civilizations and time also appears in three-dimensions, in works from the series Desperately Seeking Paradise (2007-2011), which splice Lahore’s humble streets and houses with the architectural promise of skyscrapers and the slick lines of Minimalism. The new wall-sized Crowds are similarly tumultuous composites formed of innumerable multitudes of human protest and unrest. Another continuing body of work, produced under the heading Language, crosses the cultural rubicon between historical and contemporary art, obliterating iconic works by Jacques Louis David and Gerhard Richter with data streams made up of horizontal strips of miniature interlocking bytes of visual information.
Rashid Rana was born in Lahore, Pakistan in 1968 where he lives and works. He trained as a painter at the National College of Arts in Lahore and at the Massachusetts College of Fine Arts in Boston. He is the founding faculty member and head of the Fine Art department at Beaconhouse National University in Lahore. Recent solo exhibitions include a major mid-career retrospective of 70 works, entitled Labyrinth of Reflections at Mohatta Palace Museum, Karachi (2013), as well as surveys at Cornerhouse, Manchester (2011) and Musée Guimet, Paris (2010). Participation in major group exhibitions includes the Kiev Biennial (2012); Fotomuseum Winterthur, Whitechapel Gallery and Saatchi Gallery, London (2010); the Asia Society, New York (2009), the fifth Asia Pacific Triennale, Queensland Gallery of Art, Brisbane (2006) and the Singapore Biennial (2006).