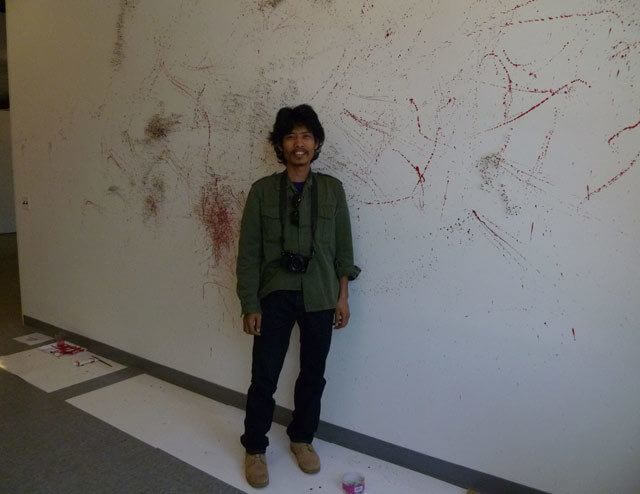 The photographic and film series of Vandy Rattana attest to a documentary impulse found in the work of photojournalism, but his eye for certain compositional frames and the capture of particular moments speaks to a vision shaped by the aesthetics of cinema. Vandy Rattana has trained his lens on the challenging conditions in his home country, Cambodia, documenting natural and manmade disasters, and the chapters that have been glossed over in historical narratives specific to Cambodia. Significant historical archives and documentation were lost during the violent campaign of cultural purges implemented by the Khmer Rouge regime. Vandy Rattana’s endeavour of retrieving and preserving the memories and witness of the past operates in a context in which the act of remembrance is a form of subversion.
Vandy Rattana’s heuristic and poetic photographs do not merely communicate a state of victimhood; rather, they acknowledge the processes of survival, resilience, and healing. The landscape in his photographs and videos bears silent witness to some of the worst forms of inhumanity, and triumphs the frame as a continuous statement of time.
Vandy Rattana’s films echo with the voice of narratives, monologues, and conversations. In a poetic composition, he confesses, ruminates, poses questions, and at times erupts with emotions. His topics involve his family, the deceased, the land, and memories.