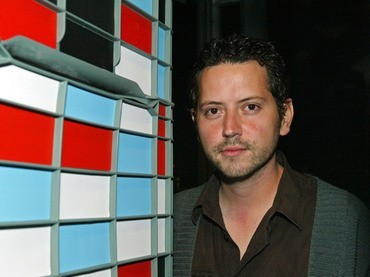 Considering order as an illusion and the measurable as a fiction has allowed Javier M. Rodríguez to question the way the world is understood based on the construction of limits. In this scenario, he highlights the blurred areas within edges and obliterates the frontiers between the disciplinary approaches of his work, including sculpture, photography, video and drawing.
Over the past three years, Javier M. Rodriguez has focused in the production of site-specific video-installations where space is articulated accordingly to altered pace and tempo of the movement-image that occupies it. In which by means of translation, space is measured and devised by units of time and the cinematic experience is expanded into a one to one scale with the viewer. Between this translations the building blocks of film narrative step out from the movie screen to appear still in the exhibition space, waiting to be activated by the spectators body and movement.