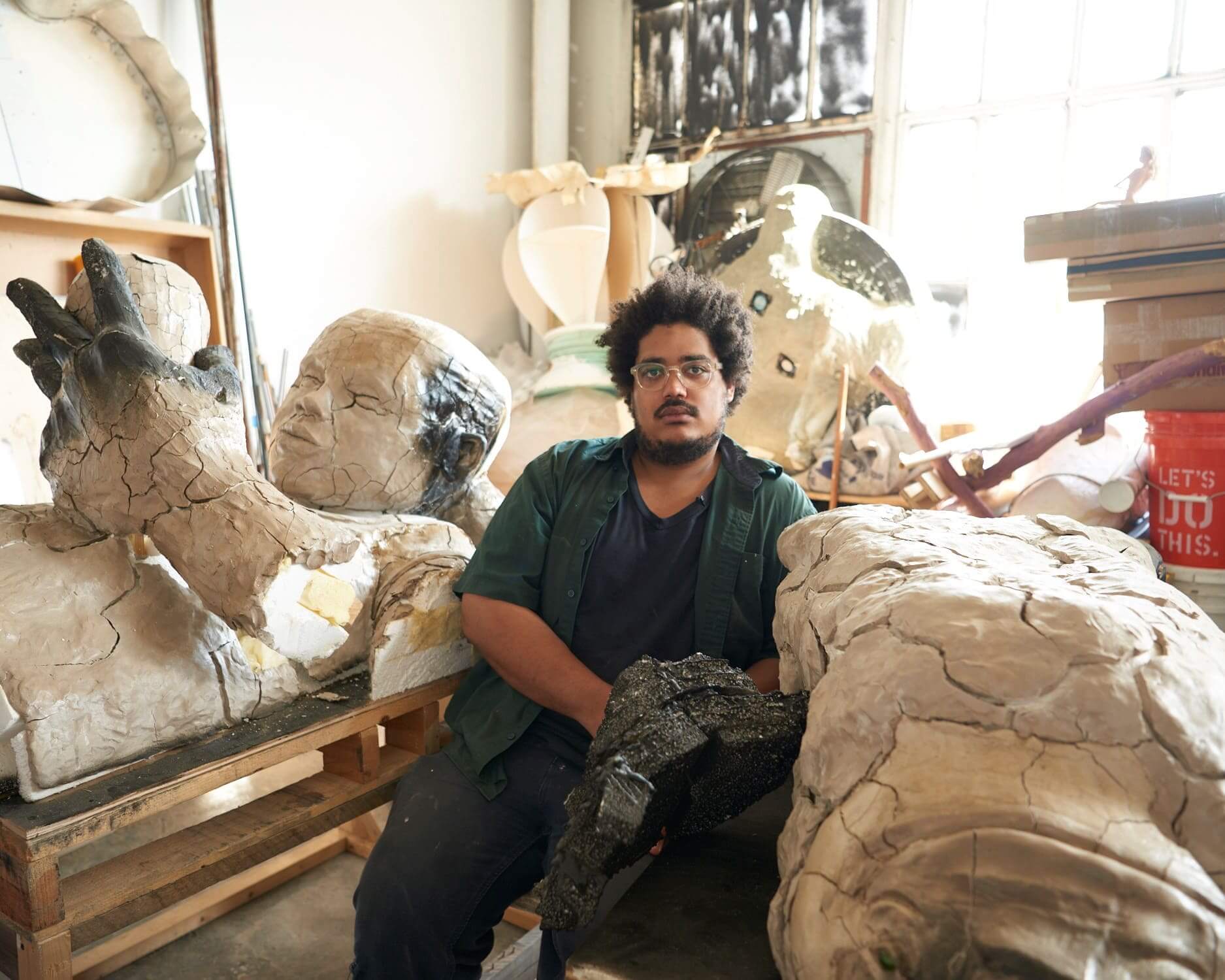 Andrew Ross was born in 1989 in Miami, US; he lives and works in New York.

Ross is an American sculptor working across traditional and new media. His works examine the fraught relationship between objects and images in the digital age. Ross merges a broad range of art, historical, and scientific references into fragmentary constructions that combine figures, objects, and spaces with a nod to the metaphoric associations they elicit.

Ross earned his BFA from Cooper Union and attended Skowhegan School of Painting and Sculpture. He has taught at Bruce High Quality Foundation University.

Ross has exhibited at The Studio Museum in Harlem, Artists Space, The Drawing Center, Greene Naftali, White Columns, and the Center for the Humanities at CUNY. He has mounted solo shows at Signal Gallery, American Medium, Clima Gallery (Milan), and False Flag. His work has been reviewed in Artforum, Art in America, Flash Art, Mousse Magazine, and Cultured Magazine, among other publications. His first solo show at False Flag was an Artforum Critic’s Pick in 2017. Upcoming exhibitions include a two-person show with Craig Kalpakjian at Kai Matsumiya Fine Art and a solo presentation at Clima Gallery in the fall of 2019.